Like many groups, Ericsson is looking forward to making huge profits this year. To this end, the company continues to multiply its partnership and collaboration agreements and even extends other employment contracts. Logically, the Ericsson group has recorded quarterly margins that are much better than expected. Also, its year-end results might surprise, as the company expects a significant number of 5G subscribers.

Trade the Ericsson stock!
72% of retail investor accounts lose money when trading CFDs with this provider. You should consider whether you understand how CFDs work, and whether you can afford to take the high risk of losing your money. This is an advert for trading CFDs on Plus500 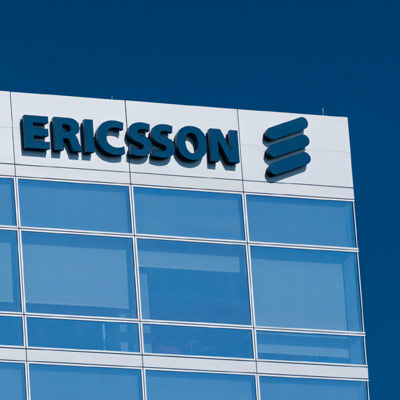 As expected for several weeks, Ericsson Group has revealed its expectations for 5G subscribers globally and over the entire current fiscal year. The number of subscribers is expected to reach 580 million over the period.

According to the Swedish group's outlook recorded in its latest report, it hopes to reach 60% of the international population with 5G by the year 2026. In this case, it will have more than 3.5 billion 5G subscriptions worldwide by the end of this period.

The fifth-generation phone company is adding more than one million new 5G subscribers per day. A headcount well above the growth rate of previous standards. Its main goal is to reach the billion subscriber mark for 5G. This, as quickly as possible. This threshold must be crossed two years before the time taken by 4G LTE to reach the same level.

Note: There are also some remarkable disparities between the different regions. Indeed, the European continent is lagging far behind other areas. The latter have shown themselves to be more dynamic. These are, for example, China, South Korea, Japan, the United States and the Gulf States.

The Ericsson Group is the undisputed number two in the field of telecommunications equipment. With its ardor in the rollout of 5G, it recorded significantly improved margins in Q1 2021. In fact, its net profit rose 39% to SEK3.2 billion in the quarter. Its gross margin increased from 39.8% at the end of Q1 2020 to 42.8% in Q1 2021.

This performance was driven by the network equipment maker's good cost control. But the main driver of this performance remains the dynamism of the group's overall 5G business.

Global demand for5G was very strong over the period. The company's strategic markets grew at a sustained pace. This dynamic market environment has enabled the company to develop its core business.

Ericsson has recently been working on possible retaliatory measures from Chinese officials. The equipment manufacturer recently updated the prospectus for its latest bond issue. This update is not a coincidence. It follows the decision of theSwedish National Post and Telecom Agency(PTS).

The latter had decided not to take China's telecom equipment manufacturers into account in the upcoming 5G auction in Sweden. A situation that could create a risk of "collateral damage".