Founded in 1993, Eiffage is a French company specialising in public works and concessions. It is one of the leading construction companies in Europe. The group ranks third in this sector in France, behind Vinci and Bouygues. In 2020, its activity took place in a difficult context marked by the Covid-19 health crisis. Discover here the results recorded by the company over the year as a whole. 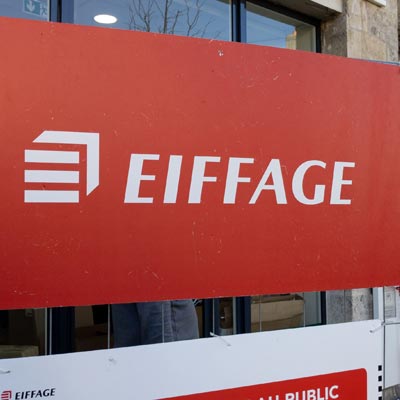 Overall performance of financial indicators in 2020

For the year 2020, the company recorded a current operating profit of €1.263 billion, down 37% year-on-year. It estimated that the first half of the year was the period that was most adversely affected by the Covid-19 health crisis. The latter impacted this result by 265 million euros.

In 2020, the French construction giant made a net profit of 631 million euros. 725 million a year earlier. Net earnings per share amounted to 3.83 euros, compared to 7.48 euros the previous year.

Details of the annual results by Eiffage Group business line

For the year 2020 as a whole, the impact of the pandemic on the business is estimated at EUR 1.4 billion. The operating margin for this branch was 2.0%, compared with 3.6% a year earlier. It was affected by the containment in March, which was particularly pronounced in France. However, it was affected by a very tight March, particularly in France,

In addition, the Construction division continued to be the one most impacted by the coronavirus epidemic in the first six months of 2020. As a result, its operating margin fell year-on-year to 1.2%, down from 3.7% a year earlier.

Furthermore, the drop in traffic is more pronounced at airports. It is estimated at 67.3%. The operating margin for this division was 38.4% in 2020, compared with 49.7% a year earlier.

At the end of the 2020 financial year, the Eiffage Group posted a free cash flow of €1.1 billion, a limited decrease of €167 million. This benefited from a change in working capital requirements that generated substantial cash at €321 million. 321 million. This was helped by the good cash position of all the Works divisions.

This amount takes into account the development investments made in the concessions, which amounted to €646 million. In addition to the major investments made under the plan contracts and motorway investment plans of APRR and AREA, the Group spent around €150 million to start work on the future A79 motorway.

At the end of December 2020, the Group's net debt (excluding IFRS 16 debt) was estimated at €9.9 billion. It has decreased by €330 million over one year. In addition, the net cash position of the holding company and the Works divisions amounted to €977 million at 31 December 2020, compared with €664 million at the same date a year earlier.

About Eiffage's dividend and market capitalisation

At the General Meeting of Shareholders held on 21 April 2021, the Board of Directors of the Eiffage Group proposed the payment of a dividend of €3 per share. This includes €1.5 per share in respect of the 2020 financial year. The remaining €1.5 per share relates to the company's decision not to distribute a coupon for the 2019 financial year.

In addition, the company has a remarkable presence in the equity markets. It is listed on the Paris Stock Exchange on Euronext. In December 2021, its market capitalisation is estimated to be over EUR 8 billion.