Also known as the Amsterdam Exchange Index, the AEX stock market index is currently the benchmark index for the Dutch stock market. It's therefore made up of the 25 largest market capitalizations in the Netherlands which are traded on the Euronext Amsterdam market. In this article, you'll find out everything you need to know about the AEX index to make a sound analysis before trading it.

Trade on the AEX index!
79% of retail CFD accounts lose money. You should consider whether you can afford to take the high risk of losing your money. This is an advert for trading CFDs on Plus500 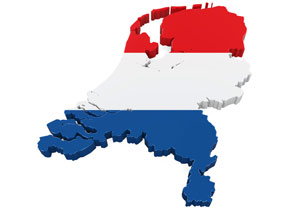 First of all, carefully watch the Dutch economy as a whole with major economic data such as the development of GDP, employment and unemployment figures or other quarterly and annual indicators.

The country's political decisions regarding its trade with the rest of the world may also have an influence on the price of this index in the more or less long term.

Being strongly linked to the euro zone, the AEX index could also be influenced by the value of this single currency. It's therefore prudent to follow the foreign exchange market with interest as well as the evolution of the exchange rate of this currency which may make the companies listed on this index more or less competitive.

Finally, you should also take into account the news and results of the companies that make up the AEX stock market index, particularly the strongest stocks.

What is the AEX stock market index?

The name of the AEX index is actually the abbreviation for Amsterdam Exchange Index. And the index is called AEX 25 because it includes 25 Dutch stocks. It is in fact the benchmark stock market index of the NYSE Euronext Amsterdam market. This market took its name in 2007 following the merger between the New York Stock Exchange and the Euronext market. NYSE Euronext is currently the world's leading group of stock exchanges.

As you've understood, the AEX stock market index is an index which brings together the 25 most important companies on the Dutch stock market but which are not necessarily companies from the Netherlands. We'll be presenting the values that make it up below, but some of the main companies found are Aegon, ArcelorMittal, Heineken, ING Group, Reed, Elsevier, Royal Dutch Shell, TNT Express or even Unibail Rodamco.

History and operation of the AEX 25 index:

It was on March 4th 1983 that the AEX 25 stock index was created with an initial quotation of 100 points. At that time, its name was EOE for European Options Exchange. It was then on January 1st 1994 that this index took the name AEX. Regarding the composition of the AEX index, it currently comprises approximately 30% financial stocks, 20% consumer goods stocks and 15% consumer services.

To better understand the importance of this index, you should know that the Amsterdam Stock Exchange was created more than four centuries ago and is therefore currently the oldest financial centre in the world. It was in the 17th century that the first share exchanges took place with the Compagnie des Indes Orientales, whose securities were the first values to be traded in the world.

The AEX stock market index is weighted by the market capitalization of the stocks that make it up. This is also the case for most stock market indices in the world apart from a few exceptions, including the Dow Jones and the Nikkei, which are weighted by share prices.

It is also important to understand that the AEX index is currently used as a support for derivative products such as options whose volatility or price variation is measured according to the AEX Volatility index.

Information on the weighting of the AEX 25 index:

As we've just seen, the AEX 25 stock index is weighted by capitalization and not by price. This second weighting method can have a negative effect if prices are dispersed because it gives more weight to the company with the highest price than to a company with large capitalization.

In the case of the AEX 25 index which is weighted by capitalization, the market capitalization is calculated by adding those of the companies that make up the sample, i.e. the price multiplied by the number of company securities. Of course, the sample (here the 25 companies forming this index) is revised four times a year. Here, the influence of a security on the variation of the index is equal to the product of its weight in the index and its progression.

To better understand bear in mind that the relative weight of each of the values in the total market capitalization is modulated from various criteria including the free float, meaning the number of company shares that can be traded on the stock market. To conclude, shares of the AEX 25 index are among the highest free-float market capitalizations in Europe and show particularly high liquidity.

How are the companies that make up the AEX stock market index chosen?

As stated above, the composition of the AEX 25 stock market index is revised four times a year and its composition changes drastically on the 1st day of March. This is the anniversary date on which the index is adjusted according to the weight of companies. On this date, you'll often see the entry of new values and the exit of other values of this index. Interim revisions do not change the composition of the AEX 25 index except in the case of a major event such as the disappearance of one of the companies or in the event of a significant increase in blue chip capitalization making its inclusion in the top 25 imperative.

Historically, since its creation in 1983, the highest value ever reached by the AEX Amsterdam index was in 2000 in the middle of the dot-com bubble with 703.18 points. But like many other national European and international stock market indices, the explosion of the bubble in 2003 led to a significant loss in value of this index whose quotation was halved. Fortunately, after this dizzying drop, the AEX index resumed an upward trend.

Regarding the criteria that companies must meet to enter the composition of the AEX 25 stock market index, they are subject to a comprehensive annual review and three quarterly interim reviews that take place in June, September and December. During the annual review which takes place in March, the 23 companies which recorded the highest share of the turnover of the previous year are automatically added to this index. The last two companies to be included in the composition of the index are chosen from positions 24 to 27.

What is the current composition of the AEX 25 index?

As you've seen, 25 companies make up the AEX 25 stock market index. Check out its composition as of December 2020 with the list of companies that are included:

Of course, this composition is not frozen in time and is likely to change on March 1, 2021.

What are the other stock indices on the Dutch market?

While the AEX 25 index is the benchmark stock market index for the Amsterdam Stock Exchange, it is important to know that the NYSE Euronext Amsterdam is actually made up of three main stock market indices. There is the AEX index, which includes the 25 most important stocks on this stock exchange, as well as the AMX index for mid-caps and the AScX index for small caps.

It's important to know these two indices because some of the stocks that you'll be able to trade online and which are listed on the Amsterdam Stock Exchange are part of them.

The AMX represents the Midcap Amsterdam index and was created in 1995. This index takes into account the most important average values listed on this financial centre with the 25 capitalizations following those of the AEX, namely places 26 to 50 of the quotation.

As for the AScX index, it is the abbreviation of Small Cap Amsterdam and was created in spring 2005. This index brings together the market capitalizations of companies positioned between rand 51 to 75.

When is the composition of the AEX 25 stock market index reviewed?

The composition of the AEX 25 stock market index is revised every year on March 1st or on the 1st day of the working month of March. It is on this date that companies can leave or join its composition. There are however three other quarterly reviews of this index during the year which can sometimes give rise to the entry and exit of a company in the case of an exceptional event such as the disappearance of a company or the strong rise in capitalization of another.

Where and how to invest in the AEX 25 stock market index?

To invest in the price of the AEX 25 stock market index, you must use specific contracts and instruments such as options or CFDs. It's possible to take position directly on the price of this index, uptrend or downtrend with these instruments and on an online trading platform offered by a broker. You can also choose to speculate on one or more of the stocks that are listed on this index that are offered by most online brokers.

Should we perform technical and fundamental analyses of the AEX 25 index?

Just as technical and fundamental analysis are essential for studying the future trends of a stock, they are as well for determining the next trends for the AEX 25 stock index. Technical analysis will allow you to detect signals from chart indicators. Fundamental analysis will allow you to use economic and financial publications as well as news from this stock market to deduce the influence they will have on its price.

Trade on the AEX index!
79% of retail CFD accounts lose money. You should consider whether you can afford to take the high risk of losing your money. This is an advert for trading CFDs on Plus500