DAIMLER is present on the business market since 1926. Until 1998, it was known as "Daimler-Benz" and its trademark was Mercedes-Benz. You can therefore understand that it is a car and truck manufacturer. In 1998, the group signed a new merger agreement with Chrysler and created DaimlerChrysler. This did not last long. Chrysler was sold in October 2007 and the group became Daimler again. Since then, the group has distinguished itself in several markets. It is known not only as a manufacturer, but also as a major provider of financial services. The latter is provided by Daimler Financial Services. Surely you know enough about the German Daimler Group. But what you don't know is the content of its publication. Indeed, on Wednesday evening, Daimler took stock of its first quarter 2020.

Trade the Daimler share!
67% of retail investor accounts lose money when trading CFDs with this provider. You should consider whether you understand how CFDs work, and whether you can afford to take the high risk of losing your money. This is an advert for trading CFDs on eToro 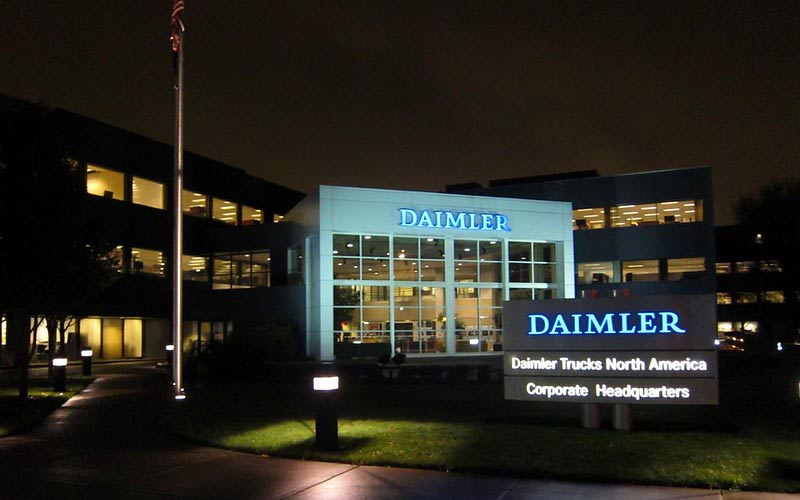 The figures announced by the manufacturer Daimler are far from satisfactory. Through its balance sheet for the first quarter of fiscal year 2020, the group shows how much it has been put in difficulty. Turning to its preliminary results, the German company posted a turnover of 617 million euros over the period. 617 million, a huge annual decline of 78% which shows the impact of the Covid-19 pandemic on its business.

In addition, the group gave other details which are all equally important. Above all, it has given its opinion on its margin and believes that it should end up at a positive value. Subsequently, he gave another clarification that is of interest to his shareholders. This is its free cash flow, which turned out to be negative, i.e. EUR -2,3 billion. It also gave the evolution of its Ebit, sales and turnover.

Anyone interested in the activities of the German automotive and financial services group will recall its announcement in March. Indeed, in that month it abandoned its targets for the current financial year (2020). It had also forecast a turnover that would remain stable with reference to 2019. He projected that his Ebit would be much higher than that of 2019. But the reality is different from his forecasts.

It finally stated that its sales will be well below the level of the 2019 financial year. The German automobile giant did not keep its silence concerning its Ebit and its volume sales. It already forecasts that these will be significantly lower than in 2019. This is sad news for Daimler, which will have to prove itself in order to maintain its shareholders as soon as the takeover takes place. For the time being, the group has reaffirmed its determination.

Indeed, the group was more than confident in the face of these declining figures. It did not let itself be discouraged and immediately talked about the measures adopted internally. Daimler stated in its publication that measures are being implemented to ensure the protection of its liquidity. In addition, it has increased its financial flexibility.

It thus considers itself in pole position to face the health crisis caused by Covid-19. Daimler assures that it will be able to effectively manage the post-crisis period. He invites everyone to wait until April 29, 2020 to have his quarterly results. It is indeed on this point that the group has finished its Wednesday publication.