After being impacted by the health crisis in 2020, Coca-Cola returned to a good level of activity in 2021. This was partly helped by the lifting of health restrictions. This has allowed businesses to reopen in several regions around the world. Here are the key facts about the company's financial results.

Trade Coca-Cola shares!
79% of retail CFD accounts lose money. You should consider whether you can afford to take the high risk of losing your money. This is an advert for trading CFDs on eToro 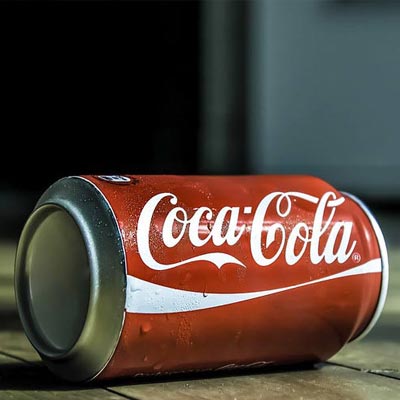 In the fourth quarter of 2020, the Coca-Cola Group's business was conducted in an uncertain environment imposed by the Coronavirus pandemic. However, it estimated that its sales had shown resilience in the face of the health crisis.

In Q4-2020 as a whole, the Atlanta-based group reported sales of $8.61 billion, down 5% on the same period last year. However, it came in slightly ahead of market estimates, which were targeting $8.6 billion in sales for the quarter.

Performance in the first quarter of 2021

The Coca-Cola Group's start to the 2021 financial year has gone very well. The company took advantage of the lifting of health restrictions to improve its financial results in the first quarter. In particular, they exceeded the market's expectations.

Over the first three months of the 2021 financial year, the American soft drinks giant achieved net sales of 9.02 billion dollars, compared with 8.60 billion dollars in Q1-2020. This was 4.8% higher than in the same period last year.

Excluding the impact of acquisitions and divestitures as well as currency fluctuations, turnover grew by 6% year-on-year. It also exceeded the market's expectations. The market expected an average of USD 8.63 billion for the quarter.

It should also be noted that this increase in sales was helped by the reopening of restaurants and cinemas in the United States. This has led to strong consumer demand for the company's products.

Business growth in the second quarter of 2021

This represents a year-on-year increase of 42%. Also, the group did better than the market's estimate of $9.25 billion. In addition, the company's turnover is growing in most regions of the world.

In the Europe, Middle East and Africa region, the company's revenues increased by 67% in the quarter. In North America, revenue grew by 28%. In Latin America, the group's revenue increased by 41%. It reported 27% growth in Asia Pacific.

Coca-Cola exceeded market expectations in its third quarter 2021 performance. For the period as a whole, the US soft drinks giant recorded sales of $10.04 billion, up 16.1% year-on-year from $8.65 billion.

Dividend and market capitalisation in 2021

The Coca-Cola Group is one of the companies that regularly pays dividends to its shareholders. The dividends paid by the company for the 2021 financial year are detailed as follows with the payment dates.

The company is also present on the stock markets. Coca-Cola shares are listed on the New York Stock Exchange. As of May 2022, the company's market capitalisation is estimated to be over $250 billion.

Officially named The Coca-Cola Company of Atlanta, Coca-Cola is a specialist in non-alcoholic beverages. It is the world's leading producer and marketer of soft drinks.

The group is one of the most well-known and popular American companies in the world. It is known for its flagship product, Coca-Cola. The company is also present in more than 200 countries around the world.