Orange and Capgemini, partners in a new venture called Bleu, announced this morning that they will benefit from Microsoft's cloud technology for the latter. The two French companies said they had reached an unprecedented agreement with the American giant to offer the latter's cloud technology from infrastructures under their exclusive control and beyond the reach of extra-territorial American laws. In any case, this is what the press release of the day states.

Trade the Capgemini share!
67% of retail investor accounts lose money when trading CFDs with this provider. You should consider whether you understand how CFDs work, and whether you can afford to take the high risk of losing your money. This is an advert for trading CFDs on eToro 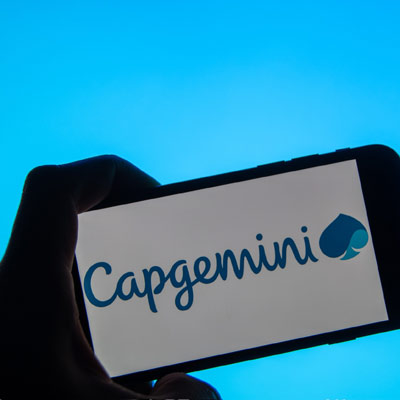 Explanations about the joint venture Bleu created by the two partners:

Recall indeed that the Capgemini Group and the Orange Group will collaborate to create a joint venture called "Bleu" and which aims to offer its customers and particularly the French government and public services, Microsoft cloud solutions but from its own infrastructure.

Thus, the data centers of this new entity will be based in France and therefore strictly separate from Microsoft's international data centers. They will also benefit from a complete operational autonomy as specified in the press release sent this morning to AFP.

The company Bleu is indeed considering obtaining for its services the label "trusted cloud" which was announced by the French government on May 17 and which aims to ensure that its services are reliable and secure.this label aims to identify and label cloud services that have high technical standards and are operated in Europe and by European players.

The Bleu company, which is an entity majority-owned by Capgemini and Orange, without any equity stake from Microsoft, will thus benefit from immunity from US legislation. The company will thus have its own economic independence from the giant Microsoft and will have its own engineers and technicians who will work completely independently. The CEO of Capgemini made these statements this morning during a joint meeting with Stéphane Richard, CEO of Orange and Jean-Philippe Courtois, the vice-president of Microsoft.

Bleu thus aims to be able to guarantee the protection of sensitive data. Its customers include the French government and public services, as well as other major operators, large companies considered vital to national security, and major infrastructure networks. such as the major energy, transport or telecommunications infrastructure networks, as well as financial operators such as OIVs and operators of vital importance.

Thus, the customers of this company will benefit from Microsoft's cloud services, including the Office 365 collaborative work suite or the Azure platform, while avoiding their data being subject to US legislation. Indeed, let's remember that the Cloud Act voted in the United States in 2018 obliges some American cloud service providers to provide the data they host to the authorities even when they are hosted abroad.