The oil sector is one of the industries most affected by the coronavirus health crisis in 2020. This has led to a sharp fall in oil and gas prices and a drop in demand. This has had a significant impact on the BP Group's business over the past year. In particular, it recorded heavy losses. However, thanks to the rebound in oil prices since the beginning of 2021, the company has improved its financial performance.

Trade BP shares!
79% of retail CFD accounts lose money. You should consider whether you can afford to take the high risk of losing your money. This is an advert for trading CFDs on eToro 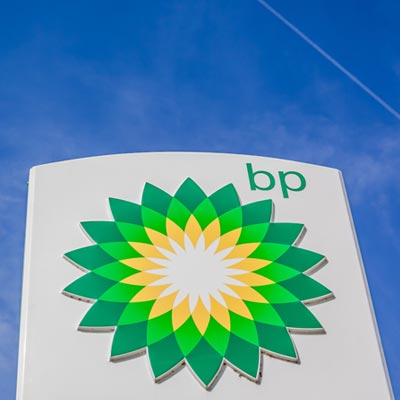 As a result of the health crisis, the BP Group has suffered an abysmal net loss of $20.3 billion in 2020, compared to a gain of $4 billion the previous year. This poor performance was mainly due to the collapse of Brent crude oil prices. The coronavirus health crisis has severely impacted oil demand.

Due to the drop in hydrocarbon consumption, especially in the spring during the first confinements, the price of black gold fell to historically low levels and into negative territory in early April. They rose slightly above $50 later, but did not reach their early 2020 level.

Since October, the group has noted an increase in oil prices. This is due to the efforts of OPEC countries and the company's partners to reduce production. This increase has also been supported by hopes linked to the deployment of vaccines against the coronavirus.

In the first three quarters of the 2020 financial year, the company recorded heavy losses. However, it managed to turn the corner in the fourth quarter. In the last three months of this year, the oil group made a net profit of 1.36 billion dollars. This was thanks to the sale of its petrochemicals business to the British company Ineos for $5 billion.

Implementation of a savings programme

Like many other companies affected by the health crisis, BP has taken strong measures to deal with it. The company has developed a $2.5 billion savings programme up to 2021. To achieve this goal, it has planned to cut 10,000 jobs, which corresponds to 15% of its workforce worldwide.

However, the company pointed out that more than half of these job cuts had been made by the end of December 2020. In addition, the company estimated that it had completed a large part of its asset disposal programme. This is estimated at a total of 25 billion dollars and should extend until 2025. Also, the group had planned to divest its activities in 2021 for an amount in the range of 4 to 6 billion dollars.

Accounts kept in the black in the first quarter of 2021

During the first quarter of 2021, oil prices experienced a remarkable rebound. This has allowed BP Group to improve its financial performance during this period. Between January and March, the British energy giant posted a net profit of 4.7 billion dollars.

This compares with a net loss of $4.4 billion a year earlier. At that time, the company was affected by the fall in demand for crude oil at the start of the pandemic. But since then, oil prices have recovered significantly. This is thanks to a gradual recovery in the global economy.

Strong results in the second quarter of 2021

In the second quarter of 2021, the BP Group continued to benefit from the surge in oil and gas prices as the global economy gradually recovered. This has contributed to the strong results recorded during this period. The oil giant posted a net profit of $2.8 billion in the quarter, compared with a loss of $6.68 billion in Q2-2020.

The result was also better than the market expected. The market had expected a figure of $2.15 billion. In addition, for the first six months of 2021 as a whole, the company posted a cash surplus of $2.4 billion.

Despite rising oil prices, BP Group saw its accounts plunge into the red in the third quarter of 2021. The British oil major recorded a net loss of $2.5 billion over the period, compared with a loss of $450 million a year earlier.

In a context marked by a real increase in the price of black gold and gas, this loss seems more significant. In reality, it is due to an accounting charge of 6.1 billion dollars before tax. According to the group, this was due to the increase in the price of future gas contracts towards the end of this quarter, forcing the accounting entry of the risk even before delivery.

Excluding accounting effects, the company recorded an underlying profit of $3.3 billion in Q3-2021, compared to $86 million in the third quarter of last year. In addition, the strong underlying results and cash flow allowed the company to continue to reduce its net debt.

It stood at $32 billion, down 20% year-on-year. Also, the oil group continued its $1.25 billion share buyback programme. In the third quarter, 900 million were executed.

About BP's dividend and market capitalisation

For several years, the BP Group has consistently paid a dividend to its shareholders in each financial year. This coupon is usually detached 4 times during the year. Here is the breakdown for the year 2020:

BP shares are also among the most popular on the financial markets. Indeed, the company has multiple listings. It is therefore present on several stock exchanges. The company is listed on the London Stock Exchange, the New York Stock Exchange, Frankfurt and the Tokyo Stock Exchange. At the beginning of December 2021, its market capitalisation is estimated to be over $60 billion.