Founded in 1916, Boeing is one of the first companies to produce aeroplanes internationally. Its business is focused on civil aviation, military aviation and space. In 2021, the group recorded positive financial results even though it continued to make losses. Here are the detailed results revealed by the manufacturer for the whole of this year and for the first quarter of 2022.

Trade Boeing shares!
79% of retail CFD accounts lose money. You should consider whether you can afford to take the high risk of losing your money. This is an advert for trading CFDs on eToro 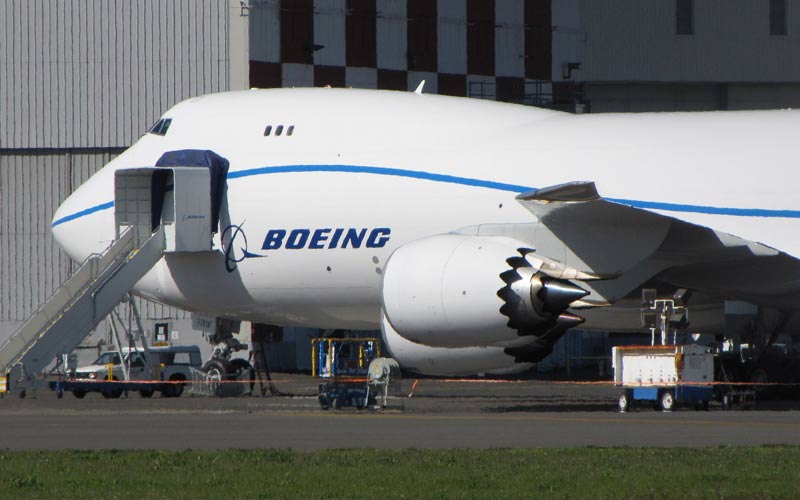 In the first quarter of 2021, Boeing reported a drop in 787 deliveries and a decline in commercial service volume. However, this loss was partially offset by increased deliveries of the Boeing 737. For the first three months of 2021, the company's revenue reached $15.22 billion, down 10% year-on-year.

Overall, this turnover is almost in line with market expectations. The market was expecting USD 15.24 billion. For the period January to March 2021, the aircraft manufacturer posted a net loss of 561 million euros (or -92 cents per share), compared with a loss of 641 million dollars (or -1.11 dollar per share) in Q1-2020.

In Q1 2021, cash and investments in marketable securities decreased to $21.9 billion. During this period, the company used $9.8 billion to refinance debt. It also increased its revolving credit facilities by USD 5.3 billion.

As a result, these facilities totalled $14.8 billion. Furthermore, at the end of March 2021, the aircraft manufacturer had an order book of $364 billion.

After spending a year and a half (six consecutive quarters) in the red, Boeing returned to profit in the second quarter of 2021. During this period, the group's activity has evolved, mainly thanks to the strong recovery in deliveries of the 737 MAX. As a reminder, the latter had been grounded for twenty months after two fatal accidents.

But since the end of December 2020, it has been authorised to start flying again in a progressive manner. Since then, the manufacturer has already delivered 130 aircraft of this model. In the three months to the end of the quarter, the company's revenues amounted to $17 billion, up 44% year-on-year.

The Defence, Space and Security division's revenues increased by 4% in the quarter. The customer services division reported a 17% increase in revenue. Between April and June 2021, Boeing posted a net profit of $587 million, compared with a shortfall of $2.4 billion a year earlier.

Excluding special items, adjusted earnings per share were 40 cents. Cash and marketable securities in Q2 2021 are estimated at $21.3 billion.

After returning to profit in the previous quarter, Boeing saw its accounts slip back into the red in Q3 2021. Between July and September, the aircraft manufacturer posted a net loss of $132 billion (or -19 cents per share), compared with a loss of $466 million (or -79 cents per share) a year earlier.

In contrast, revenue for the quarter increased by 8% to $15.28 billion. This performance was driven by the continued recovery in deliveries of the 737 Max. It was also driven by strong momentum in the Services business during the period.

Results for the fourth quarter 2021

In the fourth quarter of 2021, the Boeing Group saw its business continue to lose money. In the last three months of this year, the aircraft manufacturer generated sales of $14.79 billion. In the same period in 2020, the turnover was 15.3 billion dollars. This is a 3% decrease compared to the previous year. This decline reflects the drop in commercial aircraft deliveries and the decline in the company's service activities.

This was mainly due to the impact of the coronavirus health crisis and production issues related to the 787 programme. Similarly, revenue for the quarter was down slightly from the previous quarter. The latter was $15.27 billion.

Global update on the Group's business in fiscal year 2021

Throughout 2020, the Covid-19 health crisis has heavily affected air travel. The aircraft manufacturer Boeing was not spared from this situation. The pandemic affected the company's performance during the year. This has had an impact on the group's entire 2021 financial year.

For the first quarter of 2022, the group's turnover is 13.99 billion dollars. This represents a loss of 8% compared to the previous year.

About Boeing's dividend and market capitalisation

Due to the health crisis that has heavily affected the aviation sector in 2020, the Boeing Group has suspended the payment of dividends to the company's shareholders for the time being. Therefore, no coupon has been paid for the fiscal year 2021.

In addition, Boeing reports a strong presence on the stock market. The company is listed on the NYSE (New York Stock Exchange). It is also included in the American S&P 500 index. As of November 2021, its market capitalisation is estimated to be over 100 billion dollars.