The banking sector is one of the most speculative sectors at present and bank shares are fairly easy to trade due to their high volatility and responsiveness to financial news. Some major French banking groups, such as BNP Paribas, therefore issue shares on the stock market with the possibility for shareholders to receive dividends or for online traders to speculate up or down on the evolution of the price of these shares. Here is a complete presentation of BNP Paribas shares and some advice on how to trade them effectively. 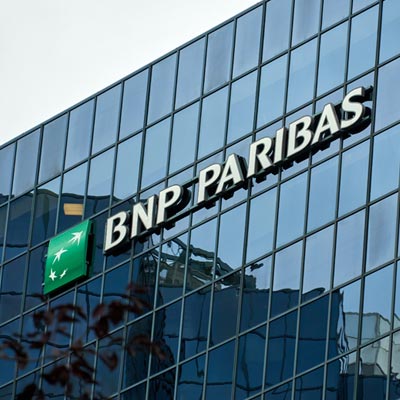 Find out the amount and payment date of the dividend for the BNP Paribas share as well as the dividend yield and its history.

Elements to consider before selling or buying BNP Paribas shares

Given the group's positioning among the leaders in the banking sector in Europe, we will of course closely monitor its main competitors in this sector, but also the development of its international activities, particularly in emerging countries.

The group's activities in the digital segment are also to be closely monitored with the development of new innovative services designed to attract younger customers and build their loyalty over time.

Of course and as is the case for all European banks, BNP Paribas' activities are likely to be influenced by the decisions of the European Central Bank or ECB. You should therefore give priority to following the publications and communications of this official institution.

We will also keep an eye on the group's assets and its ability to maintain compliance with the Basel III solvency agreements.

Finally, you will, of course, be kept informed of all the Group's strategic communications to its investors with development and growth plans and compare these objectives with the actual results that will be recorded and published by BNP Paribas in its annual reports.

Few people know this, but the BNP Paribas group as we know it today is the result of the merger of two banks, BNP and Paribas, which took place during the year 2000. Today, BNP Paribas is the leading French banking group and even the world's leading group in terms of the number of assets.

It should be noted that the market affected by BNP Paribas is mainly European with more than 74.6% of its activity, but also affects North and South America with nearly 10.9% of activity and the rest in Asia for 7.1% of the turnover.

The activity of BNP Paribas breaks down as follows:

The major competitors of BNP Paribas

If you want to carry out relevant analyses of the BNP Paribas share price, you need to take into account the very strong competition from the banking sector in France and in Europe. In today's market, the main and most dangerous competitors of this banking group are:

Another bank also in direct competition with BNP Paribas is the banking group Crédit Agricole. Formerly known as the Green Bank because of its original activity in the agricultural world, this group has become the largest network of cooperative and mutual banks in the world. In France alone, the Crédit Agricole group owns and operates 39 regional banks. However, it has become an international general banking group since 1990 and its stock is listed on the stock exchange through the Crédit Agricole SA holding company on the Premier Marché of Euronext Paris. It's also included in the composition of the French benchmark CAC 40 stock market index.

Another serious competitor of BNP Paribas is Crédit Mutuel. This French group specializes in banking as well as insurance, electronic payment, telephony and remote monitoring. The company therefore employs over 83,000 people in 5,535 points of sale, 4 branches and 34 representative offices. The company is also a multinational which is made up of 2,100 local cooperative and mutual funds grouped into 18 regional federations. It currently has 34.2 million customers in France, including 7.9 million members.

Finally, the last serious competitor of BNP Paribas is the BPCE group. This group is the joint body of the Banque Populaire and the Caisse d'Epargne in France and resulted from the merger in 2009 of the Caisse Nationale des caisses d'épargne and the Banque fédérale des banques populaires. The BPCE group is also the second largest cooperative banking institution in the world after Crédit Agricole and includes all the companies that made up the two banking groups along with their own and joint subsidiaries.

The major partners of BNP Paribas

To strengthen its commercial strategy, BNP Paribas has forged links with certain other companies through targeted partnerships. Here are the bank's main current partners.

Recently, in 2017, BNP Paribas signed a partnership with the American company Snapchat in order to strengthen its expertise in the field of social and mobile digital and to develop its presence on the international communication platform.

BNP Paribas has also announced a partnership with PSA as part of its acquisition of Opel's activities. This is a long-term partnership concerning the financing of the group's vehicles.

In 2014, BNP Paribas had also signed a partnership with BpiFrance to strengthen their ties for the international development of companies.

In 2019, BNP Paribas also became a partner of Eurazeo as did the CUC group, as both banking entities were selected to manage a fund of between €1 and €1.5 billion dedicated to French and European companies with the strategy of expanding into the Chinese market. These three players will thus actively invest in this fund with other partner investors.

The factors in favour of a rise in the BNP Paribas share price:

The bank's market positioning is of course one of its main strengths. BNP Paribas is currently the leading deposit bank in continental Europe and in four main markets: France, Belgium, Italy and Luxembourg. The group also manages to position itself as a leader in several specific business sectors such as creditor insurance. For the rest, BNP Paribas ranks seventh among asset managers in Europe and is also the sixth largest private bank worldwide. The group is also the European leader in syndicated loans as well as in the Middle East and Africa and is also the world leader in aeronautics.

Although the economic crisis has had a very strong impact on most of the world's banking groups, BNP Paribas seems to be doing very well, which reassures investors. Indeed, it is one of the global banking groups that have best withstood the crisis and has a return on equity that is also among the highest in the world.

The currently very favourable economic environment for credit activities can also be counted as a strong point for the future of the company. The latter in fact authorises a reduction in risk provisions and a recovery in net banking income. In addition, the Quantitative Easing policy implemented by the European Central Bank has resulted in a more than positive balance sheet for BNP Paribas.

The distribution of BNP Paribas' activities is another asset of this banking group. Indeed, the group organises its activities into three distinct groups: the banking networks located in France, Italy, Belgium and the Netherlands, international financial services and investment banking activities or CIB. These three major divisions each generate about one third of BNP Paribas' revenues, which makes the company's risk exposure lower.

The BNP Paribas banking group also benefits from a positive outlook on its management with its recent compliance of its prudential capital in line with new European rules. Its Common Equity Tier One ratio is 11.4%, well above the 9% required by the Basel 3 agreements, and its leverage ratio is 4%, once again above the required 3%.

The group's investors and shareholders also appreciate the fact that the BNP Paribas group offers a payout rate of 45%, which is a very comfortable level for this sector of activity.

The factors in favour of a drop in the BNP Paribas share price:

As we have just seen together, the BNP Paribas share has what it takes to appeal to investors because of its many advantages, and long-term buying strategies are still favoured at the moment. However, it goes without saying that this stock does not only offer advantages and that it is necessary, in order to implement efficient and well thought-out strategies, to also be aware of the possible obstacles to the growth and development of this company.

Firstly, it is essential to understand that some investors are reluctant to take a buying position on European bank securities in general. This hesitation is due in particular to the capital-intensive European regulations and the often low interest rates that make them less attractive than other securities.

The banking market has also undergone a notable change in recent years with the arrival on the market of online banks, which are gaining a little more market share every year. The latter are in fact fiercely competing with physical banks with very attractive rates and a new, more modern and intuitive way of using banking services and products that is very attractive to younger customers.

The BNP Paribas banking group has also suffered a decline in revenues from CIB financing activities in recent months due to a difficult market. This comes on top of higher transformation costs for the bank as part of the efficiency and transformation plan recently implemented.

Finally, analysts specialising in this stock also fear a risk of a fall in the BNP Paribas share price if the Belgian State were to sell its stake in the group.

The information supplied here is only for indicative purposes and should not be used without the completion of a comprehensive and complete fundamental analysis of this asset notably taking into account exterior data, future publications and announcements and all fundamental events and news that could influence the strengths and weaknesses or make them more or less significant. This information does not in any way constitute recommendations relating to the completion of transactions or a solicitation to buy or sell an asset.
Trade the BNP Paribas share!