Founded in 1916 and based in Munich, Bavaria, BMW is a German company specialising in car manufacturing. It markets vehicles through its BMW, Mini and Rolls-Royce brands. In 2021, the group recorded strong financial results. Also, in the first quarter of the 2022 financial year, the manufacturer performed well.

Trade BMW shares!
79% of retail CFD accounts lose money. You should consider whether you can afford to take the high risk of losing your money. This is an advert for trading CFDs on eToro 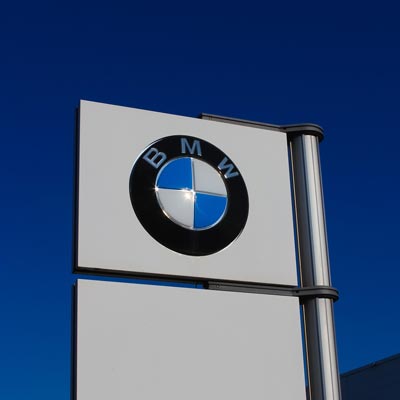 Global review of the group's activity in 2021

In 2021, BMW's business was buoyant after being heavily affected by the Covid-19 health crisis a year earlier. As a result, the Group achieved all-time highs in this year's financial year.

Review of the group's activity in the first quarter of 2022

After a historic year in 2021, the German car manufacturer BMW has started the year 2022 with a very good momentum. The results unveiled by the group in the first quarter (Q1) were solid, in general. The only downside of this quarter is the drop in vehicle deliveries.

In fact, between January and March 2022, the Munich-based manufacturer delivered 596,907 cars, compared to 636,606 units sold a year earlier. This represents a fall of 6.2% compared to the same period the previous year. As a reminder, a year earlier, the group had recorded its best ever performance for a first quarter.

Details of vehicle sales by geographical area in Q1 2022

In the first three months of 2022, the BMW Group saw its sales fall almost everywhere in the world, except for the American continent. This is noted in a difficult context marked in part by the aftermath of the Covid-19 pandemic. This drop in sales also comes after difficulties in the supply of electronic components.

Also, the war in Ukraine explains this drop in vehicle sales in Q1-2022. In China, the German car manufacturer delivered a total of 208,507 cars, down by 9.2%. However, this performance is considered encouraging, given the overall context.

About BMW's dividend and market capitalisation

BMW is one of the automotive giants that pays a coupon to its shareholders at the end of each financial year. For the year 2021, the Board of Directors has decided to submit a dividend of 5.80 euros per share for approval.

In addition, the company has a strong presence on the stock markets. It is listed on the Frankfurt stock exchange. Therefore, the BMW share is very popular with investors and traders. The company is also included in the European Stoxx 600 index. As of May 2022, its market capitalisation is estimated at more than 50 billion euros.