The banking sector has not been spared the impact of the Covid-19 health crisis, which severely disrupted global economic activities in 2020. The BBVA group was particularly affected. The BBVA Group was heavily affected by the adverse effects of the pandemic. This had a direct impact on the annual results of the second largest Spanish bank.

Trade the BBVA share!
79% of retail CFD accounts lose money. You should consider whether you can afford to take the high risk of losing your money. This is an advert for trading CFDs on eToro 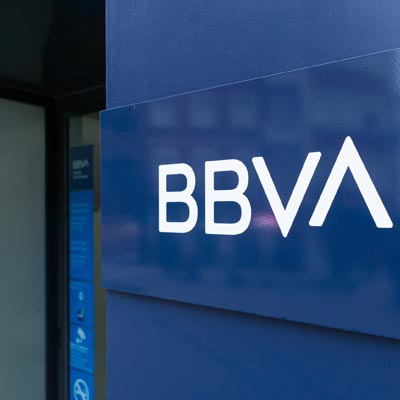 Net profit down in the third quarter of 2020

In the third quarter of 2020, the BBVA group's net profit fell by 6.8% year-on-year to 1.14 billion euros. However, this result was higher than the market's expectations. The latter was targeting a figure of 749 million euros for the quarter under review.

The profits made by the bank during this period were supported by financial operations valued at 372 million euros. 372 million, which helped to offset the impact of the coronavirus health crisis on the company's accounts.

In Q3-2020, Spain's second largest bank generated net banking income (equivalent to turnover) of EUR 4.1 billion, down 8%. This decline was recorded despite a rebound in retail activity in all countries during the quarter.

BBVA in the red in the first nine months of 2020

In the first nine months of 2020, the BBVA group saw its accounts plunge into the red. In fact, over this period, it posted a net loss of 15 million euros. Moreover, the bank had estimated that its macroeconomic outlook was deteriorating. This led it to take strong measures.

The company had opted for financial asset write-downs. These are estimated at €5 billion over the first nine months of the 2020 financial year. At the end of September of this year, provisions for outstanding credit risks amounted to 858 million euros. This is an increase of 113% compared to the previous year.

Decline in activity for the full year 2020

For the full twelve months of 2020, the BBVA Group's net banking income (equivalent to turnover) reached €16.8 billion. 16.8 billion, down 7.3% on the previous year's level. This decline is due in particular to the impact of the Covid-19 health crisis on the bank's business during the year.

Also, the coronavirus pandemic heavily penalized the company's net profit in 2020. It fell by 63% over the one-year period. Another factor behind the huge decline was the downward revision of the value of its US subsidiary. This had been included in the company's accounts from the end of Q1-2020.

It is valued at €2 billion. The Spanish group's net result was €1.3 billion for the whole of 2020. It declined compared to 2019. This decline is explained in particular by the provisions made by the company to combat the increased risk of unpaid loans.

Furthermore, almost the entire annual profit was recorded in the fourth quarter of 2020. In this period alone, the bank generated a net profit of 1.32 billion euros.

In the year 2020, the BBVA Group has set aside €744 million in extraordinary provisions. This is a measure that was adopted by many large European banks at the time.

For them, it was the best alternative in the face of the fear that many of their clients (individuals or companies) would be unable to repay their loans. This was due to the bankruptcies and the high growth in unemployment caused by the economic crisis linked to the Covid-19 epidemic.

Another highlight of BBVA's 2020 financial year was the sale of its US subsidiary. The transaction was concluded in November for an amount of around 10 billion euros. As a reminder, the buyer is the American company PNC Financial Services.

At the same time, BBVA had announced a plan to merge with the Banco Sabadell group. The objective of this merger was to enable the two partners to join forces to face the health crisis that was shaking several business sectors. Thus, the operation should lead to the creation of a giant.

However, the deal did not go through. In the end, it failed. Indeed, the two groups could not agree on the clauses of the partnership agreement. The offer proposed by BBVA had been judged insufficient by its Sabadell.

Dividend and market capitalisation of BBVA in 2020

In keeping with the recommendations of the European Central Bank (ECB), the BBVA group has decided not to pay a dividend for the 2020 financial year. On the other hand, the company is present on the stock markets. It is one of the stocks monitored by investors and traders.

BBVA shares are listed on the Spanish Mercado Continuo in Madrid. The company is also included in the European Eurostoxx 50 stock market index. This index actually includes the 50 largest companies in Europe with a high market capitalisation. In 2020 (November), BBVA's market capitalisation was estimated at 24.3 billion euros.

About the BBVA Group

Founded in 1999, BBVA (Banco Bilbao Vizcaya Argentaria) is a Spanish banking group based in Madrid and Bilbao. It is a highly regarded financial institution in Europe and one of the largest in the world. Its activity revolves around three main areas: retail and insurance banking, investment banking and markets, and private banking and asset management.