Founded in 1863 and based in Leverkusen, Germany, Bayer is a German pharmaceutical and chemical company. It is one of the world's leading specialists in the development, production and sale of pharmaceutical products. In 2020, the group's business was disrupted by the coronavirus pandemic. Find out in this article about this year's annual results and the chemical company's performance in the first three quarters of the 2021 financial year.

Trade in Bayer shares!
72% of retail investor accounts lose money when trading CFDs with this provider. You should consider whether you understand how CFDs work, and whether you can afford to take the high risk of losing your money. This is an advert for trading CFDs on Plus500 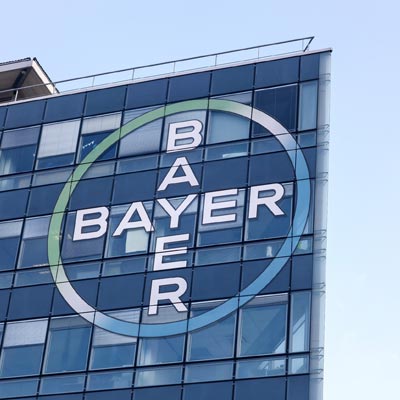 Global update on the group's business in 2020

The Covid-19 health crisis has affected Bayer's business in 2020. In the fourth quarter, the chemical giant suffered from negative currency effects. This logically affected its quarterly results at that time. The company saw its sales fall by 7% to less than 10 billion euros.

It is due to the costly agreement signed by the company to settle the American part of the litigation on glyphosate. This result is nevertheless better than expected. Indeed, the market was expecting a loss of more than 12 billion euros for the year. In addition, over the whole of the twelve months of the 2020 financial year, the Leverkusen-based industrialist achieved an annual turnover of 41.4 billion euros, down by 5% over one year.

For its part, its operating profit remained in the red at the end of the financial year. It amounted to -16.1 billion euros. This is mainly due to the provisions made for the glyphosate agreement reached in June in the United States.

After a difficult year in 2020 due to the coronavirus health crisis, the Bayer Group returned to growth at the beginning of 2021. In the first quarter, the German chemical company benefited from the recovery of its business to record good performances. This is illustrated in particular by the strong increase in its net profit over this period.

For the quarter as a whole, the company's turnover amounted to more than 12 billion euros, up by 2.8% (in organic terms). Over this period, the chemical group recorded an Ebitda (exceptional items) of 4.12 billion euros, down 6.2%. This result was penalised by exchange rate effects.

In contrast, the self-medication division continued to be negatively impacted by the health crisis. As a result, its operating profit fell by 23.6% in the period January to March 2021.

Quarterly review in the second quarter of 2021

In the second quarter of 2021, Bayer Group's business was adversely affected by US legal proceedings against glyphosate. This forced it to post a huge net loss of €2.3 billion over this period. In reality, these losses relate to additional provisions of €4.5 billion made in the context of the glyphosate lawsuits.

As a reminder, in Q2-2020, the Leverkusen-based group had recorded a huge loss of €9.5 billion, due to the Covid-19 epidemic and the group's legal troubles. The operating profit (Ebit) was in the red at around 2.3 billion euros in the second quarter of 2021.

On the other hand, the chemical group recorded an improvement in its turnover for the quarter as a whole. 10.85 billion, up 12.9% year-on-year. In addition, the pharmaceutical division saw its revenues increase by 16.2% between April and June 2021.

The agrochemicals division recorded a 10.6% increase in sales for the quarter as a whole. The self-medication business grew by a remarkable 12.8% in Q2 2021.

Performance in the third quarter of 2021

The Bayer Group returned to profit in the third quarter of 2021, after the heavy loss in the previous quarter. The company's sales for the period as a whole reached €9.78 billion, up 14.3% year-on-year. This performance was driven by business growth in all of the company's divisions.

Between July and September 2021, the German pharmaceutical and chemical giant posted a net profit of €85 million, following a net loss of €2.7 billion in Q2-2021. In the third quarter, the group's operating profit (Ebit) was €530 million, compared to a loss of €9.4 billion in the previous year.

In addition, during the publication of its quarterly results, the chemical group Bayer was optimistic in its forecasts for the whole of 2021. In particular, the company expects to achieve annual sales growth of 7 percent.

About Bayer's dividend and market capitalization

The Bayer Group is one of the companies that pay out a coupon to its shareholders at the end of each financial year. For the year 2020, the Board of Directors has decided to pay a dividend of €2 per share.

In addition, Bayer has an outstanding presence on the stock exchange. The company is listed on the Prime Standard of the Deutsche Boerse AG. It is also included in the DAX 30 stock index. As of November 2021, it has a market capitalisation of over 40 billion euros.

Trade in Bayer shares!
72% of retail investor accounts lose money when trading CFDs with this provider. You should consider whether you understand how CFDs work, and whether you can afford to take the high risk of losing your money. This is an advert for trading CFDs on Plus500