The AXA Group is recognised as the number one insurance company in Europe. It operates in several countries and has a workforce of 96,595 employees worldwide at the end of 2020. During its 2021 financial year, the company has seen a remarkable improvement in its business. This is reflected in the strong financial performance for the full year.

Trade Axa shares now!
79% of retail CFD accounts lose money. You should consider whether you can afford to take the high risk of losing your money. This is an advert for trading CFDs on eToro 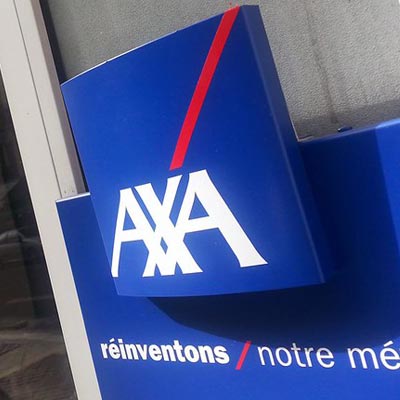 For the year 2021, the AXA Group achieved revenues of €100 billion, up from €96.7 billion. 96.7 billion. This represents a 6% increase over the previous year. It also showed growth in all of the company's business lines. Also, this turnover is higher than the market's expectations. The latter was targeting an average of 99.4 billion euros.

By business line, property and casualty insurance increased by 3% over the year to 49.3 billion euros, compared to 48.7 billion euros the previous year. This performance was driven by commercial lines (+5%) which benefited from positive price effects, particularly at AXA XL.

It was also supported by a turnover that was stable in personal insurance. For its part, health insurance grew by 5% in 2021 to 15.2 billion euros. 15.2 billion. This development is favoured by the good dynamics noted in the majority of the company's geographical areas, particularly in group health in France.

The life and savings business grew by 9% to 33.3 billion euros, compared with 31.5 billion euros a year earlier. This healthy performance illustrates in particular the significant increase in sales of individual savings products in France, mainly unit-linked.

Lastly, asset management business grew by 20% to 1.523 billion euros over the full year 2021. This growth was driven in particular by the increase in management and performance fees.

However, the operating result for the year 2021 did not meet analysts' expectations. The latter were expecting an average of 8.02 billion euros for the year.

In addition, expenses relating to natural disasters are estimated at 2.9 billion euros for the whole of the 2021 financial year. 500 million of this amount relates to flooding in Belgium and Germany. The group has thus recorded the fourth most expensive year in its history since 1970.

The insurer's net profit is expected to reach 7.3 billion euros in 2021, compared to 3.16 billion euros in the previous year. It shows a strong growth of 135% over the one-year period. It mainly reflects the increase in operating profit.

In this respect, the group also did better than the market forecast. The market was expecting an average net profit of 6.9 billion euros for the year.

In 2021, the operating profit of the "non-life" business will amount to 4,059 billion euros, compared with 1,644 billion euros in 2020. 1.644 billion in 2020. This represents a strong increase of 151% over one year. This performance was partly driven by the remarkable growth of Axa XL's technical result.

For its part, the life, savings and pensions business recorded a 3% increase in operating income for the year 2021. This was due to higher loadings and an increase in the net technical margin.

The operating result of the Health business increased by 2% over the full year 2021. This increase particularly reflects the increase in premium income in most of the Group's geographical areas during the year.

The asset management business saw its operating income increase by 25% year-on-year. This strong performance was driven by revenue growth and an improved operating ratio.

At the end of December 2021, the cash position of the Axa S.A. holding company amounted to 4.5 billion euros. This is well above the company's expectations. The company was aiming for an amount between 1 billion and 3 billion euros.

The payment of this dividend was made on 10 May 2022. In addition, the company is active in the equity markets. It is one of the CAC 40 companies. As of May 2022, its market capitalisation is estimated at more than EUR 50 billion.