Founded in 1997, Atos is a French digital services company. It is one of the 10 largest NSEs in the world. The group is recognised as the international leader in digital transformation. It is present in 71 countries and has nearly 105,000 employees worldwide. Find out more about the company's annual results for the year 2020 here.

Trade the Atos share online!
78% of retail CFD accounts lose money. You should consider whether you can afford to take the high risk of losing your money. This is an advert for trading CFDs on eToro 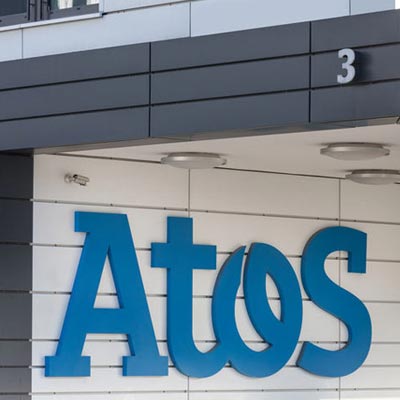 Lower revenue for the year 2020

In fiscal year 2020, the Atos Group generated revenue of EUR 11,181 million, compared to EUR 11,529 million in the previous year. This represents an organic decline of 3.0% year-on-year. At constant exchange rates, sales were down by 2.3%.

This underperformance is due in particular to the impact of the Covid-19 health crisis on the company's business during the year. Most of the countries in which the group operates have imposed restrictions and closures in response to the pandemic. This has not been conducive to the smooth running of the company's business.

However, the group was able to limit the fall in revenue thanks to its resilient business profile. It benefited from the strong demand for Digital Workplace solutions to support remote working, cloud migrations, and Big Data & Cybersecurity services.

However, the postponement of application projects affected the company's revenues. They were also impacted by fertilisation on existing contracts.

Atos' dividend and market capitalisation in 2020

At its meeting on 17 February 2021, the Board of Directors of the Atos Group decided to propose (at the company's Annual General Meeting) the payment of a dividend of EUR 0.90 per share for the financial year 2020.

In addition, the company is listed on the Paris Stock Exchange on the Euronext market. In 2020, its market capitalisation will be EUR 4.779 billion.