The US-based At&t Group continues to make strong efforts to maintain its title as a telecommunications giant in the US. The company continues to increase the number of customers for its various service offerings. This was the case in fiscal year 2020. However, the Covid-19 health crisis has not spared the telecom operator in the conduct of its business. For the year as a whole, its turnover reached 171 billion dollars.

Trade the AT&T share!
77% of retail CFD accounts lose money. You should consider whether you can afford to take the high risk of losing your money. This is an advert for trading CFDs on Plus500 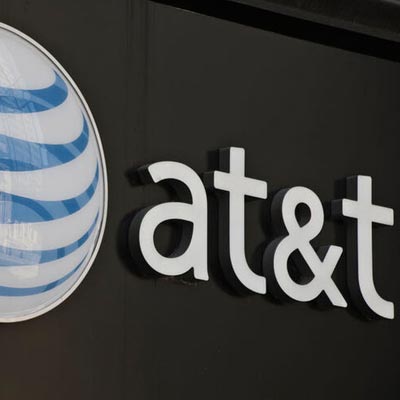 First quarter impacted by the health crisis for AT&T

The health crisis weighed heavily on the At&T Group's business at the start of the 2020 financial year. In the first three months of this year, it posted revenues of $42.8 billion. Sales came in below market expectations of $44.2 billion.

Performance in the second quarter of 2020

For the second quarter of 2020, the At&t Group achieved revenues of $41 billion. This was almost in line with market expectations of $41.02 billion for the period. The telecoms operator posted earnings per share of $0.83 for the quarter.

It came in above market expectations. The market was expecting a value of $0.79. In addition, the company was impacted by the Covid-19 pandemic on its business during the quarter. On the mobile side, the US phone service provider lost 151,000 postpaid mobile phone users.

At the end of June, the group had 171.4 million wireless subscribers, compared to 158.6 million in the same period last year. For the whole of Q2-2020, it recorded a net loss of 886,000 subscribers. 91,000 of these were related to Keeping America Connected programmes. The number of premium TV subscribers reached 17.7 million at the end of the quarter.

For its WarnerMedia division, the group said it had operating revenues of 6.8 billion dollars. They fell by 22.9% year-on-year. Meanwhile, HBO Max and HBO subscriptions posted a total of 36.3 million users at the end of June 2020, compared with 34.6 million at 31 December 2019.

Despite the impact of the health crisis, telecoms operator At&t delivered better-than-expected results in the third quarter of 2020. For the period as a whole, the group's quarterly revenue reached 42.34 billion dollars. This was ahead of market estimates of $41.61 billion.

For Q3-2020, the company reported adjusted earnings per share of 76 cents. This is in line with market expectations. During the quarter, the telecom giant recorded net subscriber additions of 245,000 for prepaid services. In contrast, the number of postpaid subscribers reached 1.1 million.

In the fourth quarter of 2020, the US-based At&t Group reported results that exceeded all expectations. In the last three months of this year, its turnover was 45.7 billion dollars. This was higher than the market's expectations of a quarterly turnover of 44.55 billion dollars.

For the full year 2020, the telecom giant recorded 1.5 million net phone additions. This is the group's highest annual total since 2011. In the last quarter of the year, domestic broadband continued its growth momentum.

At this level, the company recorded 273,000 net additions for its 'Fibre Internet' offering. During Q4-2020, WarnerMedia's business saw revenues fall by 9.5% to $8.5 billion. This decline was mainly due to the disruption caused by the coronavirus epidemic.

On the other hand, the company saw its HBO Max streaming service continue to grow, reaching 17.2 million new activations for the year. These enabled the company to have more than 41 million US subscribers for HBO Max and HBO at the end of December 2020. Globally, HBO subscribers reached 61 million.

AT&T dividend and market capitalisation in 2020

The At&T Group is one of the companies that pays dividends to its shareholders. For 37 years, this coupon has always been paid and has never been interrupted. It has also remained unchanged for 17 years. Indeed, the company's dividend for the 2020 financial year is $2.08 per share.

In addition, At&t has a strong presence in the equity markets. The company is listed on the New York Stock Exchange. In 2020, its market capitalisation was estimated at $177.07 billion.

Founded in 1983 and headquartered in Dallas, AT&T is an American telecommunications, mass media and technology company. The company is recognised as the largest provider of local and long-distance telephone services and xDSL in the United States.

It is the second largest mobile operator. The company's business is organised around two divisions. The first is mobile telephony services. The second is fixed telephony and cable services. In addition, the group has a workforce of almost 230,000 employees.

Trade the AT&T share!
77% of retail CFD accounts lose money. You should consider whether you can afford to take the high risk of losing your money. This is an advert for trading CFDs on Plus500