Recognised as the world's leading steel and mining company, ArcelorMittal continues to make strong efforts to remain a leading player in the sector. In a difficult context marked by the Covid-19 pandemic, the steel group has shown resilience by improving its annual results for the 2020 financial year. Find out more about the company's performance this year in the following lines.

Trade the ArcelorMittal share!
79% of retail CFD accounts lose money. You should consider whether you can afford to take the high risk of losing your money. This is an advert for trading CFDs on eToro 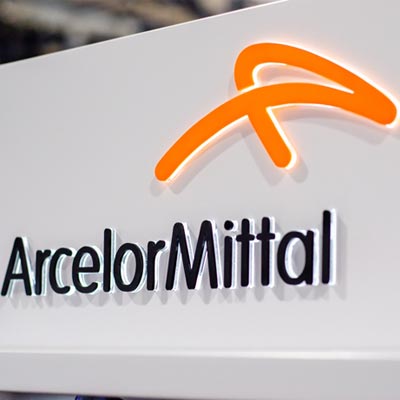 Performance in the first two quarters of 2020

In the first quarter of 2020 as a whole, the steel group ArcelorMittal achieved revenues of €14.8 billion. 14.8 billion, while the company's gross operating profit (Ebitda) was $967 million for the period.

In the first three months of 2020, the company recorded an operating loss of 353 million dollars. At the same time, it posted a net loss of $1.1 billion for the quarter.

In the second quarter of 2020, the group's revenue reached 10.98 billion dollars. Gross operating profit (EBITDA) for the period was $707 million.

In the three months to the end of June, the steelmaker posted an operating loss of $253 million. Its net loss decreased from the previous quarter to $559 million in Q2-2020.

Group business review for the third quarter of 2020

During the third quarter of 2020, the ArcelorMittal group saw a gradual return to normal activity. This was helped by a gradual recovery in the steel markets. As a result, the company improved its operating performance during the period to the end of September 2020.

The market was expecting $838 million. From July to September 2020, the steel group saw its net loss reduced by more than two. It reached 261 million dollars. As a reminder, a year earlier, it had suffered a loss of 539 million dollars.

The company's accounts moved into the black in the last quarter. In the three months to the end of December, the group posted a net profit of $1.2 billion after making a loss in the previous quarter.

For the full 12 months of fiscal 2020, the world's number one steelmaker had annual sales of $53.3 billion, down from $70.615 billion in 2019. This was a 25% year-on-year decline. This decline was mainly caused by the economic slowdown caused by the coronavirus health crisis.

For its part, the group's Ebitda stood at 4.301 billion dollars in 2020, compared to 5.195 billion the previous year. For the full year under review, the European steelmaker saw its net loss cut by more than three times compared to its level in 2019. It stood at $733 million.

Meanwhile, for the twelve months of 2020, steel shipments were down 18%. Free cash flow at the end of December is estimated at $1.5 billion. Also, one of the great satisfactions of this year is the successful reduction of the company's net debt. It has been reduced to $7 billion.

In the second half of 2020, steel demand and prices showed a remarkable evolution. This was helped by the recovery mainly in the automotive and construction sectors.

Dividend and market capitalisation of ArcelorMittal in 2020

The ArcelorMittal group is one of the world's leading companies in the distribution of dividends to its shareholders. At the steel company, this coupon is paid once a year. For the financial year 2020, it paid an amount of 0.30 euro per share. The payment was made on 21 July 2021.

In addition, the European steelmaker reports a strong presence on the financial markets. Investors are increasingly interested in this share. The company is indeed listed on several stock exchanges, including the Paris stock exchange. It is included in the French CAC 40 stock market index. In 2020, its market capitalisation was estimated at more than 25 billion euros.

About the ArcelorMittal Group

Founded in 2006 and based in Luxembourg, ArcelorMittal is a steel company. The group is recognised as the world leader in this sector. It is also the world's largest steel producer with a crude steel production of 71.5 million tonnes in 2020.