The Apple group is of course one of the leading stocks on the Nasdaq and a member of the very closed GAFA club. But the Apple group is also appreciated by shareholders for its dividend, which increases significantly from year to year. If the Covid pandemic has slightly slowed down this payment in 2020, the company shows an excellent economic and financial health that allows it to pay again this dividend since 2021. We therefore propose to learn more about this Apple dividend with its amount, yield, history and payment dates.

Trade Apple shares!
79% of retail CFD accounts lose money. You should consider whether you can afford to take the high risk of losing your money. This is an advert for trading CFDs on eToro 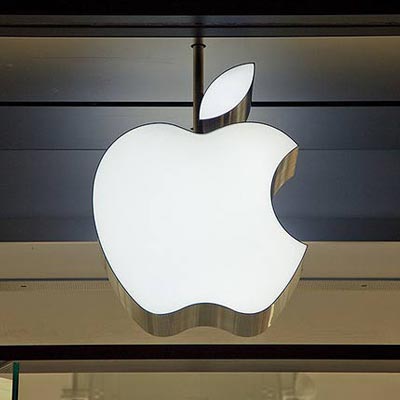 What is the amount of the dividend paid by Apple?

The most recent annual dividend paid by the Apple Group is the dividend paid in 2021 for the financial year 2020. The amount of this dividend was $0.87 per share.

Apple recently released the amount of its next dividend for 2022 for the fiscal year 2021, which this time will be $0.88 per share. It will be paid in four installments over the course of the year.

When is Apple's dividend payment?

Apple's dividend is paid annually for the previous year. The first step is for the Board of Directors to determine the amount of the dividend and submit it to the shareholders for approval at the annual general meeting. For example, the dividend paid in 2021 to Apple shareholders was calculated on the basis of the results for the year 2020.

Apple, like most other US stocks, pays its dividend quarterly, i.e. four times a year. The various ex-dividend dates are February, May, August and November.

What is the next expected dividend for Apple stock?

The next dividend to be paid by Apple is of course the 2022 dividend which was calculated on the 2021 financial year.

The company's management announced a dividend of $0.88 per share after a cash increase of nearly $28 billion. Apple also announced that it would buy back $90 billion of its own shares.

This is a 5% increase on last year's dividend. The first payment will be made on 27 May.

The Apple group is one of the American companies that pays its shareholders the most regularly with a dividend. Indeed, this group has paid a dividend without interruption to its shareholders since 2012, i.e. for more than 10 years. We propose you to discover a history of its amount since 10 years and its evolution in the time:

What is Apple's dividend yield?

To find out the dividend yield of Apple shares, it is not enough to know the amount. The yield is calculated by dividing the dividend amount by the share price and therefore takes into account various factors.

It should also be noted that Apple's payout ratio is currently 14.34%. This rate appears to be particularly low and means that Apple only pays out a small part of its profits to its shareholders and keeps most of it to make strategic investments for its growth.

What is the multi-year dividend yield on Apple shares?

Over the past 10 years, Apple has paid a dividend with an average yield of 0.60%, which is roughly close to the 2022 yield. Here is its history: