Founded in 1994 and based in Seattle, USA, Amazon is an American company specialising in online sales. It is one of the most powerful companies in the Internet world, known by the acronym GAFA (Google, Amazon, Facebook, Apple). The group's business grew remarkably last year. Find out more about the e-commerce giant's annual results for the 2021 financial year here.

Trade Amazon shares!
79% of retail CFD accounts lose money. You should consider whether you can afford to take the high risk of losing your money. This is an advert for trading CFDs on eToro 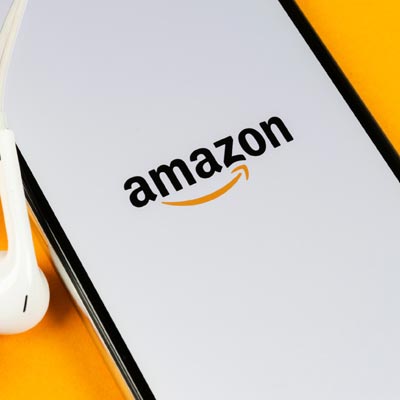 Amazon to grow revenue and earnings in 2021

The e-commerce giant also recorded an increase in profits. However, these were less impressive than expected. In 2020, the group made an annual net profit of $33 billion, compared to $21.3 billion a year earlier. This represents an increase of 57% year-on-year.

Over the whole twelve months, Amazon had a capital gain of 11.8 billion dollars. It should be noted that this gain is derived from the firm's stake in Rivian Automobile. This is a manufacturer of electric cars that no longer needs to be introduced in its sector. There is also Amazon's cloud business, notably through the IT services activities of the subsidiary Amazon Web Services (AWS), which has supported the online business.

Amazon's new digital advertising business also made inroads in the year 2021. In particular, there was a 32% increase in advertising revenue over three months, with a total of $9.7 billion reported to the company.

Amazon's upward trend in 2021 is also evident in its employee numbers. In the last quarter, the world's leading online retailer made almost 140,000 hires. These hires have enabled the firm to deliver orders on time, especially during the holiday season. The e-commerce giant would have liked to do more with these hires, but the labour shortage limited its momentum. It should also be noted that there were 170,000 hires in the first nine months of fiscal year 2021 at Amazon.

In total, the American group has around 1.5 million employees worldwide. In France alone, the company's workforce is estimated at nearly 10,000. With the size of its workforce, Amazon is in third place in the ranking of the world's largest employers.

It is followed on the podium by retail giant Walmart (2.2 million employees). At this rate of hiring (more than 300,000 people each year), the e-tailer could take the top spot in the next few years.

It should also be noted that this total number of Amazon employees does not take into account the temporary workers who help the company's employees at the end of the year. These include temporary workers from McDonald's franchises. In addition, drivers (nearly 500,000) are not included in this workforce. These are the drivers to whom the company subcontracts its deliveries.

Amazon is one of the American technology giants that does not yet pay a dividend to its shareholders. This is partly due to the fact that the e-commerce giant focuses on sales growth. As a result, the company has not paid a dividend for the 2021 financial year.

Of the GAFA companies (Google, Amazon, Facebook, Apple), only Apple currently pays a dividend. The company only started paying a dividend in 2012. Since then, Apple has been making sure to pay its dividends regularly. For example, for the financial year 2021, the group paid a dividend of $0.88 per share.

After 21 years of creation, Amazon has reached a market capitalisation of 1,000 billion dollars. In 2020, the US company passed the $1.5 trillion mark by gaining another $500 billion.

Like Amazon's business, Google's business also grew in 2021. For the year as a whole, the company generated $257.6 billion in revenue, compared with $182.5 billion in 2020. This represents a 13% increase on the previous year. However, it is lower than the turnover recorded by the world leader in online sales ($470 billion).

For the 2021 financial year, the company posted a net profit of $76 billion compared with $40.3 billion in 2020. This represents a year-on-year increase of 88.58%. At this level, Amazon did not do better than Google. The profits ($33 billion) recorded by the e-tailer are down on those of the Californian group.