The French manufacturer announced on Thursday 17 June that it had won an order worth 1.4 billion euros in Denmark. The reason for the order is the delivery of 100 regional trains to the Danish railway company DSB. This is the largest railway contract in Danish history.

Trade in Alstom shares!
72% of retail investor accounts lose money when trading CFDs with this provider. You should consider whether you understand how CFDs work, and whether you can afford to take the high risk of losing your money. This is an advert for trading CFDs on Plus500 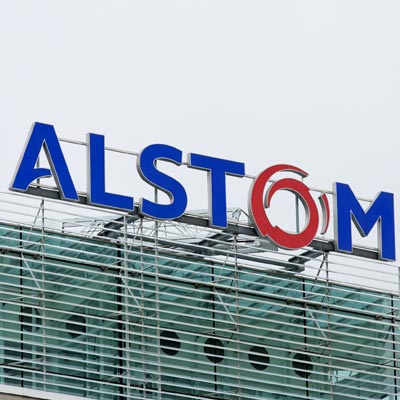 A market won at the expense of Siemens and Stadler

According to Alstom, the confirmed order includes the complete maintenance of the trainset for a period of 15 years. It is part of a €2.6 billion framework contract, with the possibility of supplying another 50 trains and 15 years of additional maintenance. Speaking to AFP, Alstom Europe president Gian LucaErbacci said the Danes have committed to a major investment plan.

He also believes that the fleet they need is the one specified in the framework contract, namely the next 150 trains at term. Also, the CEO pointed out that the number of trains is already very impressive (100), adding that the implementation of the options depends largely on Alstom and its ability to satisfy the Danes.

He added that this is an important contract for them, especially as deals above €1 billion are quite rare. Moreover, Alstom's rivals in the Danish market are mainly Switzerland's Stadler and Siemens.

Called Fremtidens Tog (Future Trains), the 100 electric trainsets will be produced at Alstom's Salzgitter plant in Germany. Delivery will take place between late 2024 and 2029. DSB has chosen a variant of the Alstom Coradia Stream model, of which nearly 400 units have been sold in Italy, Luxembourg and the Netherlands.

These trains are capable of running at 200 km/h and adapting to local conditions. For Gian Luca Erbacci, this is the pinnacle of the product range in terms of quality, finishes, interiors and passenger comfort. Since entering Denmark in 1999, Alstom has delivered more than 520 trains.

In addition, it is currently installing an on-board signalling system that complies with the European standard ERTMS (European Railway Traffic Management System). His boss said that, overall, the European market is active, even if there are not always contracts worth 1 billion euros. He particularly mentions Scandinavia, Eastern Europe, Italy, Spain, Belgium and the United Kingdom.

Other contracts won by Alstom in the US and Europe

In March, 200 multi-storey commuter trains were ordered for a value of 650 million euros. The order was placed by Metra, a rail network in Chicago and its suburbs. The contract also includes the possibility of adding 300 trainsets, which will bring the total order to €1.5 billion.

Also in March, the German organisation Landesnahverkehrsgesellschaft Niedersachsen (LNVG ) selected the French manufacturer and signed a contract worth €760 million. This contract includes 34 Coradia Stream double-deck trains, as well as a maintenance agreement for 30 years.

Further afield, in June, Bombardier won a €1 billion contract in Mexico in a pre-acquisition tender. This is the Tren Maya project, which includes 42 X'Trapolis trains. In Toronto, the same group won a contract for 60 Flexity trams worth €275 million.