Alphabet, the parent company of Google, remains one of the key players in the technology sector. The group is a key player in the field of digital advertising. Moreover, it has largely taken advantage of the Covid-19 health crisis to achieve good performances over the whole of 2020. Also, over the first three quarters of the 2021 financial year, the company has recorded solid results.

Trade Alphabet shares!
79% of retail CFD accounts lose money. You should consider whether you can afford to take the high risk of losing your money. This is an advert for trading CFDs on eToro 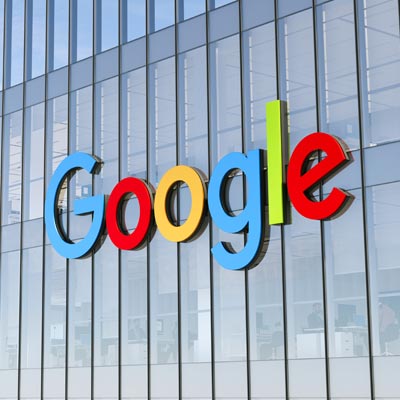 Alphabet ended fiscal 2020 on a high note. This is illustrated by the strong results recorded in the fourth quarter. In the last three months of this year, Google's parent company generated $56.9 billion in revenue, up from $46.08 billion in the same period a year earlier. This is an increase of 23% year-on-year.

This is a record performance for the American company. In detail, advertising contributed $46.2 billion to this turnover, up 22%. YouTube generated an estimated $6.89 billion in revenue, up 46% year-on-year.

Google Cloud recorded $3.83 billion in revenue in Q4-2020, an increase of 47%. As for the "Other revenues" division (including products, Play Store, etc.), it generated revenues of $6.67 billion in the quarter under review. This represents an increase of 27% over one year.

Lastly, revenues from the "Other bets" branch reached $196 million over this period, a growth of 14%. In addition, the Alphabet group set a new record for its quarterly net profit. The latter amounted to $15.23 billion in the fourth quarter of 2020, compared to $10.67 billion a year earlier.

Overall performance for the full year 2020

This was partly driven by the strong performance of Google Cloud, which generated an estimated $13.1 billion in revenue for the full year of 2020. This was 46% higher than the previous year. However, the business recorded an operating loss of $5.6 billion in 2020, up 21% from 2019.

The other big satisfaction of the 2020 financial year is the company's strong annual net profit performance. For the year as a whole, the Californian firm posted a net profit of $40.27 billion. A year earlier, it was $34.34 billion.

Alphabet has started the 2021 financial year in the best possible way by posting strong quarterly results in the first quarter. Over this period, the American giant achieved a turnover of 55.3 billion dollars, up 34% compared to Q1-2020. This performance was helped by the Covid-19 pandemic, which the group was able to take advantage of.

Google and YouTube's advertising business grew impressively in the quarter. The company's advertising revenues grew 32% between January and March 2021, driven by increased demand from marketers and brands.

On the other hand, ads on the YouTube platform helped the global tech giant record $6 billion in revenue from this business. This is an increase of 49%. For its part, Google Cloud also performed well in this quarter with revenues reaching $4.0 billion.

Alphabet Group continued its growth momentum in the second quarter, once again exceeding all expectations. For the period as a whole, the company's revenue reached $61.88 billion, up 62% year-on-year. Google's advertising revenue for the quarter was $50.44 billion.

YouTube, meanwhile, generated $7 billion in revenue in Q2-2021, an 83% increase over the same period last year. Alphabet's cloud division recorded a 54% increase in revenue year-on-year. They amounted to $4.63 billion.

Between April and June 2021, the digital advertising leader saw its net profit almost triple from its level in the second quarter of 2020. It reached $18.5 billion, up from $7 billion a year earlier.

In the third quarter, the Alphabet Group once again confirmed its growth momentum noted since the beginning of the 2021 financial year. In the period from July to September, the results recorded by the company were exceptional. For this quarter, the American giant achieved a turnover of 65.1 billion dollars.

This is an increase of 41% compared to the same period the previous year. Google's advertising revenues reached $53.13 billion in the quarter, up 43%. The YouTube platform generated $7.2 billion in revenue. For its part, Google Cloud posted $4.99 billion in revenue in Q3 2021.

Alphabet Group's net income for the third quarter of 2021 was $18.9 billion, up for five straight quarters.

About Alphabet's dividend and market capitalisation

Alphabet is one of the digital giants that does not pay a dividend to its shareholders. However, the company has a strong presence on the financial markets. It is one of the most popular stocks among investors. It is listed on the New York Stock Exchange. At the beginning of November 2021, the company had a market capitalisation of $2,000 billion.