Considered as one of the most important insurance companies in the world, the Allianz Group had a difficult year in 2020. Indeed, at the time, the company was not spared by the coronavirus health crisis that impacted the entire insurance sector during that year. However, the German insurer's business improved significantly in 2021. The same is true at the beginning of 2022. Here are the key takeaways from the company's financial results and market capitalisation value.

Trade Allianz shares!
79% of retail CFD accounts lose money. You should consider whether you can afford to take the high risk of losing your money. This is an advert for trading CFDs on eToro 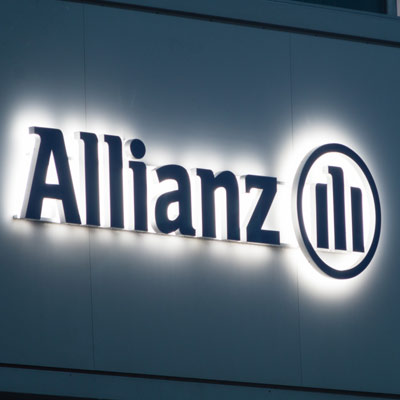 Reminder of the financial results for the fourth quarter of 2020

In the last quarter of 2020, German insurance giant Allianz reported revenues of €35.6bn, up slightly by 0.3%. Over this period, the group's share of net profit reached 1.817 billion euros. It fell by 2.2% compared to Q4 of the previous year.

However, it was 3.7% higher than the market forecast. Operating profit increased by 8.2% in Q4-2020 to €2.975 billion. Furthermore, the growth in business observed in this quarter was supported by the good dynamics of the Life/Health segment.

In the fourth quarter of 2020, this division recorded an operating profit of 1.429 billion euros, up by 10.1%. It outperformed the market by 3.8%. This performance reflects improved investment margins in the life sector in the US and Germany.

For the 2021 financial year, German insurer Allianz achieved annual revenues of €148.5 billion, up from €140 billion in 2020. 140 billion in 2020, an increase of 5.7% over the one-year period. This increase was due to positive contributions from each of the company's businesses.

This is estimated at 3.7 billion euros. 3.7 billion. It concerns a dispute relating to the "Alpha" structured funds distributed by the asset management subsidiary Allianz Global Investors (USA). In addition, American investment funds have launched legal proceedings against the German group due to losses estimated at several billion dollars.

This follows the collapse of the Alpha funds during the Covid-19 epidemic. It should be remembered that the original purpose of the design of these funds was to withstand a stock market crash. In addition, the group's operating profit reached 13.4 billion euros in 2021. 13.4 billion in 2021, an increase of 24.6% compared to the previous year.

Financial results for the first quarter of 2022

For the first quarter of 2022, the German Allianz Group reported a turnover of 44.038 billion euros. This is an increase of 6.2% compared to the same period the previous year. Its net profit was 561 million euros, down 78% year-on-year.

1.6 billion after-tax provision for the AllianzGI U.S. Structured Alpha case. Excluding this exceptional item, profit was down 16% to 2.2 billion euros. 2.2 billion, down 16%, due to a lower non-operating result.

Operating profit for the first quarter of 2022 was EUR 3.2 billion. It shows a decrease of 2.9%. This decline is due to the almost fourfold increase in natural disaster claims. This resulted in a 9% drop in the underwriting result in the property and casualty business.

However, this decline was partly offset by a strong 11.2% increase in operating income in the asset management business. This growth was driven by the increase in average assets under management by third parties. Furthermore, the operating result shows stability in the Life/Health segment in the first quarter of 2022.

About Allianz's dividend and market capitalisation

As a reminder, despite the mixed results in 2020, the Allianz Group did not decide to reduce the dividends paid to the company's shareholders. Thus, for this year's financial year, the dividend distributed was 4 billion euros, or 9.6 euros per share. This is the same amount paid in the previous year.

For the financial year 2021, the German insurer has proposed an increase in its dividend of 12.5%. It was therefore set at 10.80 euros per share. The group also announced a new share buyback programme estimated at one billion euros.

As one of the largest insurance companies in Europe, Allianz Group shares are very popular with investors and traders. At the beginning of June 2022, the company's market capitalisation will be around €75 billion.

About the Allianz Group

Founded in 1890, Allianz is a German company active in the field of insurance. The group is recognised as a major global player and the number one in Europe in this sector. It offers a complete range of insurance, assistance and financial services.

It is aimed at individuals, companies, professionals and local authorities. In addition, the company is the fourth largest asset manager in the world. The insurer has about 150,000 employees worldwide. It has a strong presence in over 70 countries.

The group is also committed to serving more than 100 million customers on a daily basis.