Alibaba is a Chinese company that is one of the world's high-tech giants. Its activity is mainly oriented towards online commerce. The group is a key player in this field in China. It is the number one in the sector in China. Since the advent of the Covid-19 pandemic, the Hangzhou-based group has benefited from consumers' interest in online shopping. As a result, it has posted strong results in both FY2021 and FY2022. Details in the lines to follow.

Trade Alibaba shares!
79% of retail CFD accounts lose money. You should consider whether you can afford to take the high risk of losing your money. This is an advert for trading CFDs on eToro 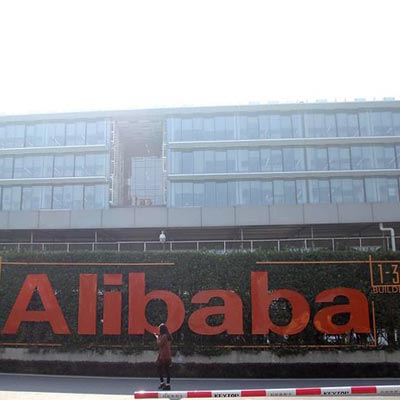 Performance in the third quarter of 2021

In the third quarter of 2021, the online shopping group Alibaba saw its profits increase after experiencing a decline in profits in the previous quarter. However, the company continued to be affected by the tightening of digital regulations in China despite its evolving results.

In fact, the record €2.3 billion fine paid by the company as part of the charges against it for obstructing competition continued to impact its result. Meanwhile, in Q2-2021, the group's revenue amounted to 205.7 billion yuan (28.39 billion euros). The previous year in the same period, the turnover was 155 billion yuan (21.4 billion euros). There was therefore an increase of 24.62% year-on-year.

Results for the fourth quarter of 2021

In the last quarter of 2021, Alibaba reported worse results than expected. Over the whole period, it achieved a turnover of $38.06 billion.

It reported a 10% increase over the same time last year. Also, this amount does not live up to the market's expectations. Since the company's IPO in 2014, this is the lowest profit Alibaba has reported.

Turning to the individual business areas, Alibaba recorded a profit of 19.54 billion yuan in its cloud division. This corresponds to a 20% increase compared to the year 2020. The brand's online food delivery platform Ele.me recorded revenue of 12.14 billion yuan. This represents a 27% increase in revenue in the last quarter of 2021. It should be noted that this turnover represents 5% of the Chinese firm's total revenue in 2021.

At Alibaba, the first quarter of 2022 took place against the backdrop of China's offensive against its digital businesses. This had an impact on the company's quarterly results. In particular, the company saw its profits decline over this period. Recognised as a key player in this sector, the group (founded by Jack Ma) was the first to suffer the authorities' vindictiveness.

It was even forced to pay a record fine of 2.3 billion euros for hindering competition in the spring of 2021. For a long time, high-tech giants in China have benefited from fairly lax legislation, particularly on personal data. However, for some time now, China has been tightening up its digital regulations.

About Alibaba's dividend and market capitalization

Alibaba is one of the digital companies that do not pay dividends to their shareholders. This choice of China's number one online retailer is based on its objective to fully finance its growth.

In addition, the company has a remarkable presence on the financial markets. In 2014, Alibaba shares were first listed on the Nasdaq in New York. It was the largest IPO in the world with $25 billion.

As a result, the company is listed on the American market of the NYSE. In 2019, the Chinese e-commerce giant also made its IPO in Hong Kong, the largest since 2010. In addition, as of January 2022, its market capitalisation is estimated to be over $2 trillion.

To learn more about Alibaba, it should be recognised that it is a company founded in 1999 by the charismatic billionaire Jack Ma. It is based in Hangzhou, China. The company reports a strong presence in several countries around the world. Its turnover is mainly derived from its online trading activities. Globally, Alibaba remains a major player in the e-commerce sector alongside other giants such as Amazon, Apple, JD.com, etc.