Founded in 2008, the American platform Airbnb has become a key player in the field of online accommodation rental. It is also the number one in this sector worldwide. The group is present in more than 100 countries around the world. In 2020, its business was hit hard by the coronavirus health crisis. However, the US giant took advantage of the rebound in bookings to improve its results in 2021.

Trade the Airbnb share!
79% of retail CFD accounts lose money. You should consider whether you can afford to take the high risk of losing your money. This is an advert for trading CFDs on eToro 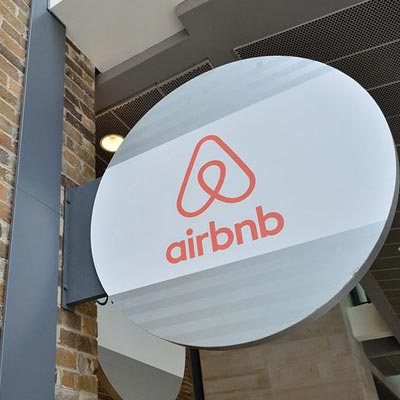 In 2020, the adverse effects of the pandemic affected the smooth running of Airbnb's business. The repeated lockdowns in several countries around the world have had a major impact on the group's business. As proof, the company has suffered heavy losses over the year as a whole.

They are estimated at 4.6 billion dollars. In the fourth quarter alone, the American group posted a loss of 3.9 billion dollars, compared to 352 million dollars a year earlier at the same time. The company believes that the huge losses for the year were mainly due to costs associated with its IPO.

For the twelve months of fiscal year 2020, the world's leading short-term rental company had annual revenues of $3.4 billion, compared with $4.8 billion the previous year. It reported a 30% year-on-year decline. However, this was better than the company had expected.

The company was aiming for less than half of 2019 sales. In the last quarter alone, the group's turnover came to 859 million dollars, which was higher than the market's expectations. For the full year 2020, the US giant posted an adjusted Ebitda of -251 million dollars.

Results recorded in the first quarter of 2021

Despite the pandemic that continued to impact economic activities around the world, the Airbnb group managed to grow its revenues in the first quarter of 2021. This is thanks to a rebound in bookings over the January to March period. In the first three months of this year, the vacation rental platform recorded revenues of $887 million, up 5% year-on-year.

This figure exceeded market estimates. The market forecasted a turnover of 721 million dollars for this period. As a result, this quarter's sales were higher than in Q1-2019 (before the advent of the Covid-19 pandemic). At the same time, the group noted a strong jump in bookings in Q1-2021.

This loss came in higher than the market's target of $1.17 per share.

Better than expected results in Q2 2021

In the second quarter of 2021, Airbnb Group beat all expectations for its quarterly results. During this period, its revenue reached $1.34 billion, which is four times the revenue recorded a year earlier at the same time ($335 million). In addition, this quarter's sales were 10% higher than in Q2-2019.

For Q2-2021, the US home rental platform posted an adjusted Ebitda of $217 million. At the same time, the group managed to reduce its net loss over the quarter. It stood at 68 million dollars, a decrease of 229 million dollars compared to its level in Q2-2019.

For the period April to June 2021, bookings (nights and activities) reached 83.1 million, an increase of 200% compared to Q2-2020. However, this number is almost the same as two years ago in the same period.

In the third quarter of 2021, Airbnb Group took advantage of the rebound in travel to achieve the best quarter in its history. In fact, its business grew faster than before the health crisis. In fact, over the period from June to September, the accommodation booking platform achieved a turnover of 2.23 billion dollars.

It increased by 67% over one year. The turnover is up by 36% compared to that recorded two years ago, in the same period. Over the quarter, the American giant posted a net profit of 834 million dollars, up 280%. It was almost four times as much. This is the largest profit ever recorded by the company.

In the third quarter of 2021, the platform recorded 79.7 million bookings. This number is slightly down on the previous quarter. However, it is up 29% year-over-year.

About Airbnb's dividend and market capitalisation

Airbnb is one of the US companies that has never paid a dividend to its shareholders. Instead, the company reports a strong presence in the financial markets. On 10 December 2020, it made its initial public offering on the Nasdaq on Wall Street. As of January 2022, its market capitalisation is estimated to be over $80 billion.