Founded in 1902, Air Liquide is a French company specialising in industrial gases. On a global scale, the group is the leader in gases, technologies and services for industry and health. It operates in 78 countries and has more than 64,500 employees worldwide. In addition, during 2020, the company showed great resilience in the face of the Covid-19 health crisis. This enabled the company to post solid results for the year as a whole. Find out more about the company's key annual figures here.

Trade the Air Liquide share!
77% of retail CFD accounts lose money. You should consider whether you can afford to take the high risk of losing your money. This is an advert for trading CFDs on Plus500 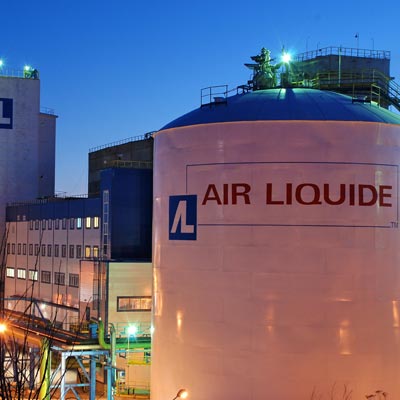 Performance of financial indicators in 2020

For the year 2020, the specialist in gases for industry and health recorded an operating profit of 3,650 million euros, compared to 3,606 million euros a year earlier. The tax rate was 21.1%, compared to 25.5% in 2019. In addition, Air Liquide recorded strong growth in its net income, group share.

For the full year 2020, Gas & Services (G&S) revenue reached 19,656 million euros. This performance was driven in particular by the Healthcare division, whose sales rose by 8.5% during the year. This growth was driven by sales to hospitals of medical oxygen to treat patients suffering from the coronavirus.

In Q4-2020, Global Markets and Technologies sales amounted to €187 million, up 6%. This development was driven in particular by the dynamism of the biogas business. On the other hand, order intake fell by 30% to €113 million during the quarter.

Air Liquide has announced an increase in its dividend in 2020. On the strength of the solid performance achieved over the year as a whole, the company's Board of Directors has decided to pay shareholders a dividend of €2.75 per share for the 2020 financial year. Compared to 2019, this is an increase of 1.9%.

In addition, the company has a strong presence on the equity markets. It is listed on the Paris stock exchange and is a component of the CAC 40 stock market index. In 2020 (as of December), its market capitalisation is estimated at EUR 63.589 billion.

Trade the Air Liquide share!
77% of retail CFD accounts lose money. You should consider whether you can afford to take the high risk of losing your money. This is an advert for trading CFDs on Plus500