The Air France-KLM group is an airline that was created by a Franco-Dutch alliance of Air France and KLM. As the Covid-19 pandemic affected air transport in 2020, the group's activity slowed down significantly during that year. The same dynamics were observed in the first part of FY2021. However, from Q3-2021 onwards, the company's activity is gradually returning to a good level.

Trade the Air France-KLM share!
79% of retail CFD accounts lose money. You should consider whether you can afford to take the high risk of losing your money. This is an advert for trading CFDs on eToro 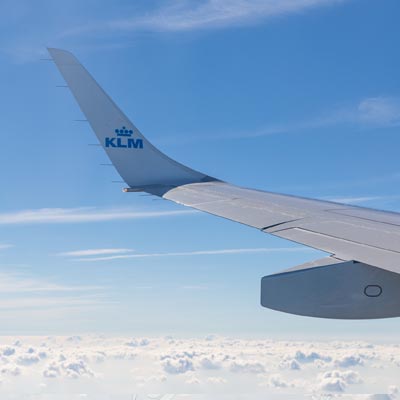 Overall review of the group's activity for the financial year 2020

The Covid-19 health crisis severely disrupted the Air France-KLM group's business in 2020. This has logically impacted the company's annual results. Over the twelve months of this year, it achieved a turnover of 11.1 billion euros. This was 59% lower than in 2019.

This decline is mainly due to the negative effect of the coronavirus pandemic on air transport. For the whole of 2020, the company made a net loss of €7.078 billion. For the year under review, it posted an operating result of -4.5 billion euros. It decreased by 5.7 billion euros over the year.

Results in the first quarter of 2021

In the first quarter of 2021, travel restrictions related to the Covid-19 health crisis continued to impact Air France-KLM's business. In the first three months of this year, the Franco-Dutch airline posted a turnover of 2.2 billion euros. 2.2 billion, down 57% on the previous year.

Between January and March 2021, passenger traffic fell by 73.4% to 4,819 customers. The group's Ebitda over this period was EUR -0.6 billion. This result was helped by strict cost control and national part-time working schemes. In Q1-2021, the company posted an operating profit of EUR -1.2 billion.

In the second quarter of 2021, travel restrictions (due to the coronavirus epidemic) continued to affect the Air France-KLM Group's quarterly results. However, they improved compared to last year. Over the whole period, the company's turnover reached 2.75 billion euros.

Between April and June 2021, the company recorded a net result of -1.489 billion euros. This takes into account the negative effect of the derecognition of the KLM ground staff pension scheme. Adjusted free cash flow from operations was EUR -1.134 billion, an improvement of EUR 1.193 billion year-on-year.

The Air France-KLM group recorded a recovery in its activity in the third quarter of 2021. The results for this period show a clear improvement. The company managed to reduce its net loss to 192 million euros, compared to -166 million euros a year earlier at the same time.

For the quarter as a whole, the Franco-Dutch airline's turnover amounted to 4.57 billion euros. This is an 80.9% increase compared to Q3-2020, which was heavily impacted by the pandemic. 4.4 billion.

Furthermore, the group's operating result returned to positive territory at 132 million euros, an increase of 1,178 million euros compared to the previous year. The operating margin was 2.9%, up 44.3 percentage points year-on-year. Ebitda amounted to 796 million euros.

The Air France-KLM group has decided not to pay a dividend for the financial year 2020. Furthermore, the company has a strong presence on the stock markets. It is listed on the Paris Stock Exchange on Euronext. As of November 2021, its market capitalisation is estimated at more than EUR 2 billion.