Accor is a French company operating in the hotel sector. For several years, it has been the number one company in this sector in Europe. The company is also recognised worldwide thanks to its strong international presence. In 2020, its business was disrupted by the Covid-19 health crisis. However, the business rebounded in 2021.

Trade the Accor share!
79% of retail CFD accounts lose money. You should consider whether you can afford to take the high risk of losing your money. This is an advert for trading CFDs on eToro 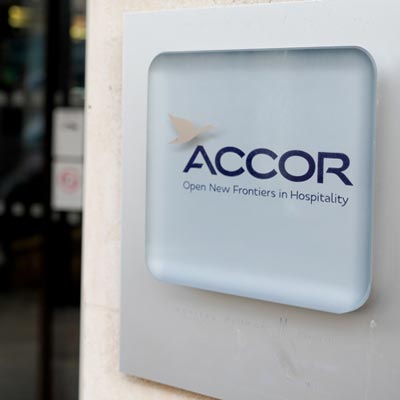 For the full year 2020, the Accor Group achieved annual revenues of €1.62 billion. It reported a 60% decline (as reported) year-on-year. On a like-for-like basis, the company's annual turnover fell by 54.8% year-on-year. It also came in slightly below market expectations.

1.64 billion. In a difficult context marked by the coronavirus health crisis, the company saw its RevPAR fall by 62% over the year. This huge drop is notably due to the global deterioration of the environment illustrated by the restrictive measures taken to limit travel to counter the spread of the pandemic.

By the end of 2020, the company had 82% of its hotels open. This corresponds to over 4,000 units. For fiscal year 2020, the French hotel giant posted a negative gross operating surplus (Ebitda) of 391 million euros. As a reminder, a year earlier, it had recorded a positive Ebitda of 825 million euros.

At 31 December 2020, the Accor Group's financial position was solid, with cash and cash equivalents exceeding €4 billion.

Business update for the group in the first quarter of 2021

In the first quarter of 2021, the Accor group continued to be impacted by the Covid-19 pandemic on the entire tourism sector. As a result, it saw its turnover halved over this period. Between January and March, the company's turnover stood at 361 million euros, down 53%.

In detail, the main HotelServices division (comprising the services that Accor provides to the owners of hotels under the group's name) posted revenues down 57% to 234 million euros in the quarter. 234 million. This decline reflects the sharp drop in revenue per available room (RevPAR). RevPAR is a key indicator for the hotel industry. In Q1-2021, it fell by 64.3% compared to its level in Q1-2019.

This decrease is mainly due to the impact of the coronavirus pandemic. The hotel assets and other division saw its turnover fall by 46% to €129 million in Q1-2021.

Results for the whole of the first half of 2021

Despite the continued deterioration in business, the Accor hotel group has returned to the green in the first half of 2021. Over the first six months of this year, its turnover reached 824 million euros. It reported a 10% decrease compared to the previous year.

In H1-2021, RevPar (the hotel industry's leading indicator of profitability) fell by 60% compared to the same period two years ago.

This illustrates the strong recovery in activity seen over the summer. However, the group's RevPar is down 37% compared to Q3-2019.

About Accor's dividend and market capitalisation

At the Annual General Meeting held on 29 April 2021, the Board of Directors of the Accor Group informed shareholders of its decision not to pay a dividend for the 2020 financial year. This was due to the consumption of cash during the year and the uncertainty surrounding the rebound in business activity.

In addition, the company has a remarkable presence on the financial markets. The Accor share is listed on the Paris Stock Exchange on the Euronext market. As of January 2022, the company has an estimated market capitalisation of more than 8 billion euros.