Following the completion last week of the acquisition of Wabion, Accenture announced this morning that it has made its first strategic acquisition in Africa. We would like to tell you more about these two strategic operations and the benefits that the French company could gain from them.

Trade in Accenture shares!
72% of retail investor accounts lose money when trading CFDs with this provider. You should consider whether you understand how CFDs work, and whether you can afford to take the high risk of losing your money. This is an advert for trading CFDs on Plus500 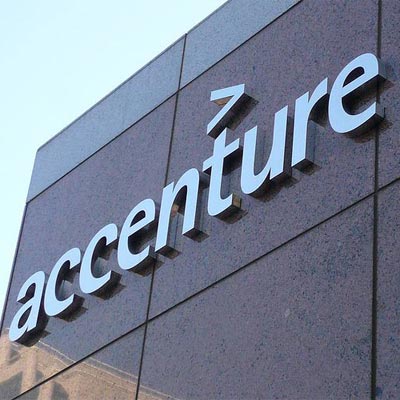 A first acquisition in Africa for Accenture :

First of all, in an official press release published this morning, the Accenture group announced that it had acquired the digital agency King James Group based in South Africa. This news is important because it is the first acquisition of the group in Africa. To date, the financial details and the amount of the transaction have not been disclosed by Accenture.

The King James Group was established in 1998 and is based in Cape Town and Joannesburg. It is a creative agency that specialises in digital marketing and branding consultancy for businesses. To date, the company employs a staff of around 300.

The group's clients are mainly from the financial services, consumer goods, technology and media sectors.

Indeed, this company was founded in 2014 and specializes in product management, agile coaching, cloud and data science, among others. It employs more than 160 people who are set to join the scope of Octo Technology, which has been part of the Accenture group since 2017. The terms of this second financial transaction have not yet been disclosed.

Finalization of the acquisition of Wabion last week:

Recall that the month of September seems to be particularly rich in strategic acquisitions for Accenture, which had announced last Thursday, i.e. September 2, having finalized the acquisition of Wabion. This is a Google Cloud services shop with headquarters in Esslingen, Germany and Olten, Switzerland, as well as offices in Munich, Cologne and Lausanne.

This Wabion company is primarily known for its in-depth expertise in the field of Google Cloud innovations and technological developments. It employs a team of more than 60 people who will join Accenture's Google Cloud Business Group, which is itself part of Accenture Cloud First.

As of today, and as is the case for the other two buyouts mentioned above, we do not yet know the exact terms of the transaction, which was announced on July 14, as they have not been disclosed.